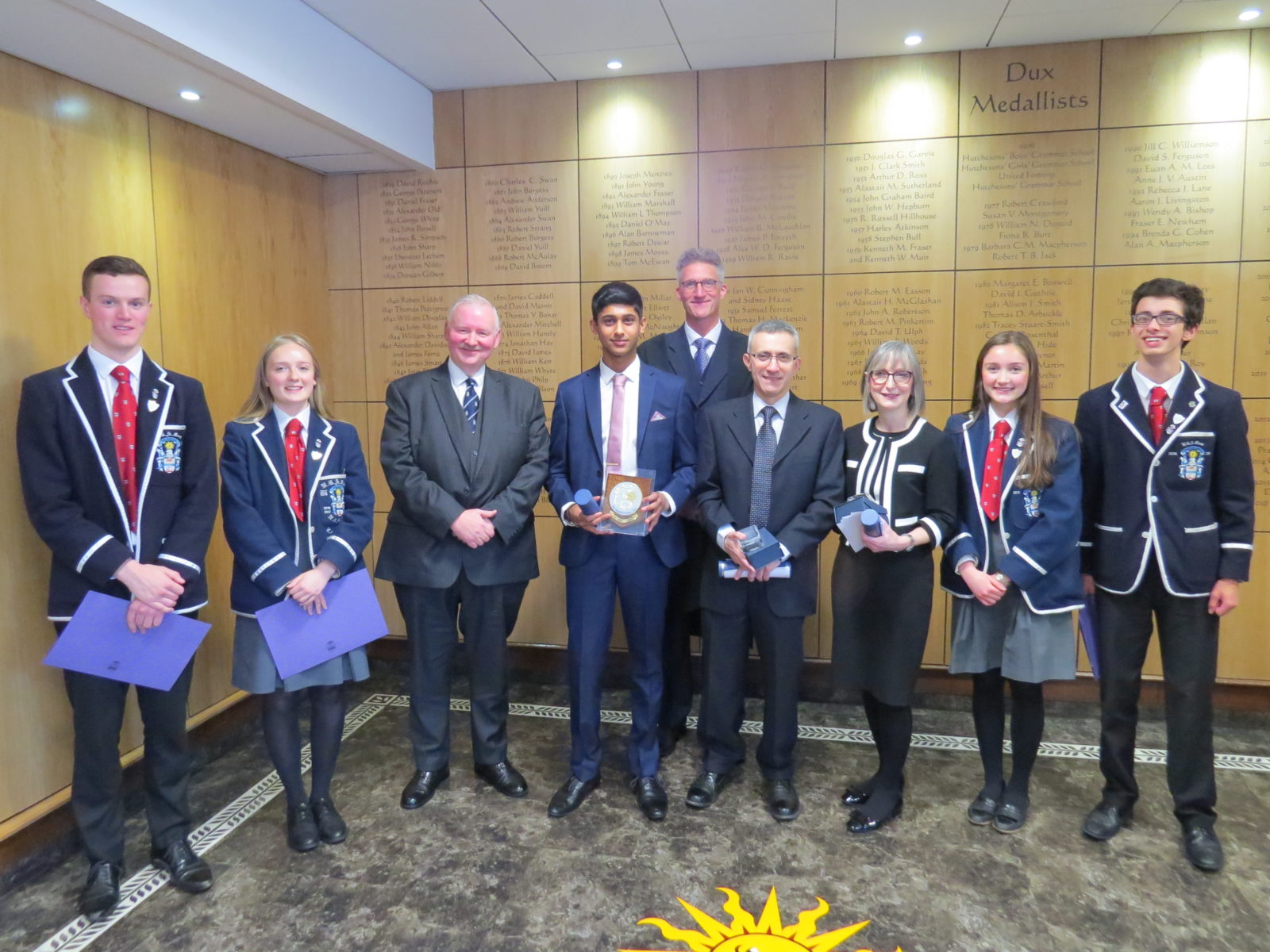 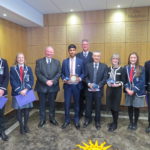 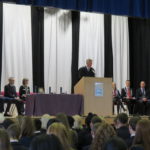 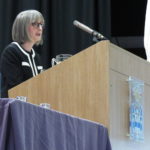 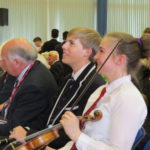 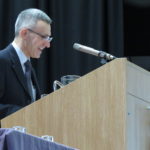 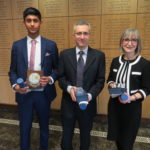 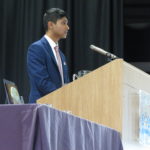 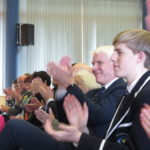 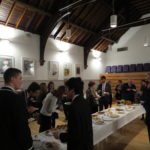 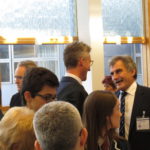 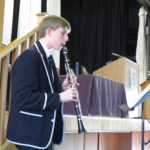 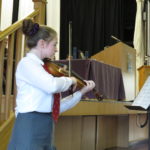 The George and Thomas Hutcheson Awards are presented in recognition of Hutchesonians who are regarded by their peers as inspirational figures, whether by virtue of their academic or professional achievements; triumph over adversity; public spiritedness or the like.

First to receive the award, Ailsa, who joined Hutchesons’ in primary one, spoke about her fascinating career in law. She said: “One of my favourite memories is taking part in school shows and although I wasn’t particularly musically gifted, I was a member of the orchestra and various ensembles. What was particularly good for me was learning to strive for excellence even when I was doing something that I knew personally I was not particularly brilliant at. I hope some of you are thinking about becoming lawyers and it has been a privilege be back here speaking to you all today. I am very grateful for this award.”

Ailsa left school in 1986 to study law at Glasgow University, graduating with Honours in 1990. She was awarded the Diploma in Legal Practice in 1991 and was admitted to the Faculty of Advocates in 1993. She was appointed Queen’s Counsel in 2008 and in 2016, she was appointed as a Senator of the College of Justice.

Professor Edward Tobias joined the School in August 1978. His connection with Hutchesons’ began from a young age as his mum Vivienne attended the school (C1955) as did his brother Anthony (C1986) and sister Lauren (C1988). He is a current Hutchie parent to Adam Tobias (C2018) and David Tobias (Current S6).

Inspired by teachers and by his father’s work as a doctor, Edward went on to study medicine at Glasgow University where he was awarded a BSc and PhD in molecular biology and is now Professor of Genetic Medicine at the University of Glasgow and also an honorary NHS Consultant in Clinical Genetics, based at the QEUH.

Ed loves innovation and his plans for developing virtual reality teaching methods were selected for development by a Scottish VR software company, with a total of £716,000 of grant funding.

He told the audience: “I had wonderful teachers at school, some of what I’d learned wasn’t clear to me until much later on when I had left school.

“Hutchie taught me to pursue what interests you and do as well as you can. Work hard and take opportunities when they arise and if things don’t work out the first time you try, or even second or third time, persevere and apply the Hutchie core value of resilience and most importantly, remember you can do almost anything you want so aim high.”

It was finally the turn of FP and C2019 leaver, Suhit Amin to address the audience with his inspirational talk about overcoming all odds and succeeding on a different path from the one he had planned.

Suhit joined Hutchie in P1 August 2006 from St Ann’s Nursery.  Following in the footsteps of his Brother Anish. In 2018, he was appointed as a Prefect and as Depute Head Boy, 2018-19 and was named Proxime Accessit Dux 2019.

Suhit inspired the current pupils with his remarkable story about conquering his exams despite all of the odds. While studying for his Highers he was diagnosed with cancer and was recovering from Chemotherapy during his exams. He received eight National 5s, seven Highers, and three Advanced Highers – all at grade A. His results are a remarkable achievement in themselves but even more so given the circumstances.

During the same period he launched his premium influencer marketing and talent management agency, Saulderson Media, exclusively managing a roster of high profile social influencers. He quickly grew the company to six figure turnover in the first six months and has won numerous awards including a Scottish Young Edge award.

He is also currently studying Economics at St Andrews and is making a name for himself as an authoritative social media business speaker, recently presenting a talk at SocialDay in London which is the UK’s Top Social Media Marketing Festival.

Suhit told the audience: “I wanted to study medicine to become a doctor, but now I’m on a completely different journey and path and this is one lesson I would like to impart with you. Your path will have ups and downs and could take you in completely opposite directions, my path was one I had never thought of and it has helped me open my eyes to many more opportunities.

“Go out of your comfort zone and try and do things, follow your dreams and ambitions and most importantly don’t ever let anyone tell you that you can’t do something. If you stay resilient and really work for it, anything is possible.”

Thank you to S5 pupils Calum and Laura and S6 pupil Katya who provided musical entertainment at the event.

Following the award ceremony, the G&T winners spoke at a special Hutchie Hub event for pupils.

To see more photographs from the day, please click here.

We are delighted that the difficulties brought about by the coronavirus have not hindered our staff or pupils in their ...

The final term of the academic session is always a busy one for performance with the school show and music ...