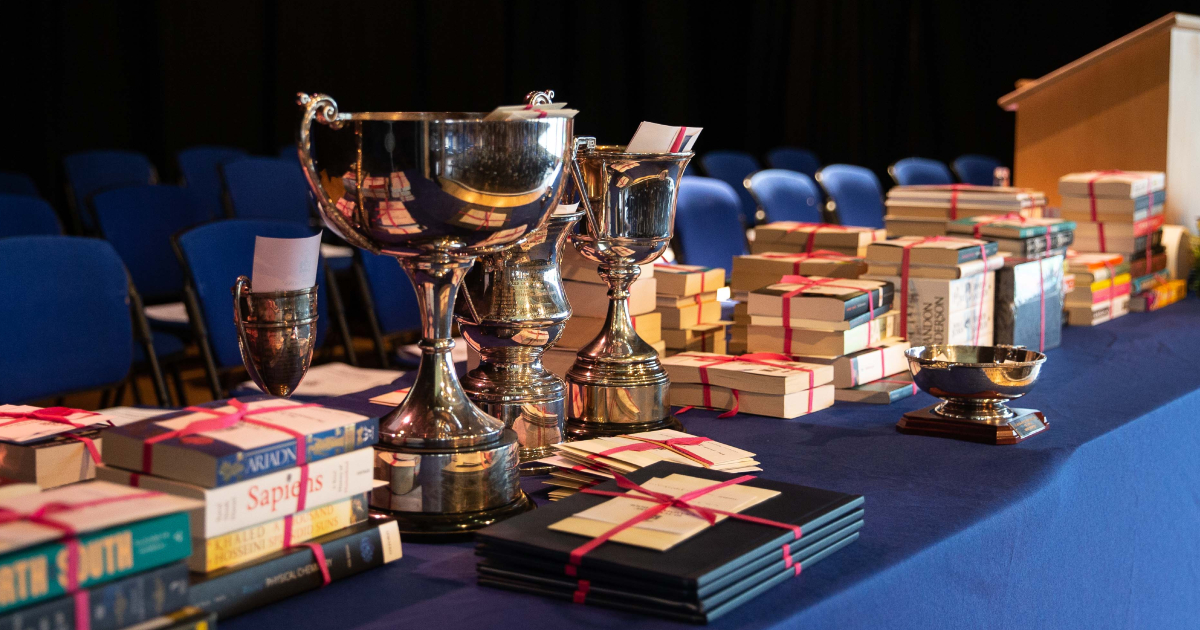 Pupils, staff, parents and invited guests gathered in the Helen and Walter Ross Assembly Hall yesterday to celebrate the end of a successful 2022 session and recognise the achievements of the pupil prize-winners.

The occasion was uniquely special this year because Hutchesons’ was granted the permission to use Supporters – in this case mythical griffins indicating courage and boldness, which can now be added to its existing Coat of Arms (school badge).

The right to use supporters is a rare heraldic honour which is not bestowed lightly. Hutchesons’ is the only school in Scotland to be awarded this full achievement.  The permission was granted to the School, written on calfskin vellum as the letters patent by The Right Honourable Lord Lyon King of Arms Dr Joe Morrow, who also presented our pupils with their prizes.

Mr Gambles said: “Hutchesons’ Grammar School was honoured by the presence of Lord Lyon Dr Joe Morrow as he awarded the school with its Letters Patent detailing griffin supporters to our coat of arms.  We are the first school to be given supporters by Lord Lyon and, as his speech made so vibrantly clear, recognises our long and crucial role at the forefront of enlightened Scottish education.”

The Rector, Mr Colin Gambles, delivered his report which focused on the very welcome return of extra-curricular activities now the relaxing of Covid restrictions has made large scale events possible. 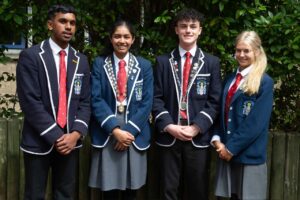 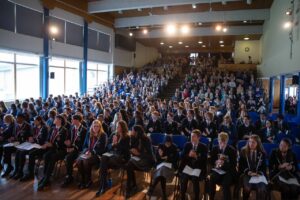 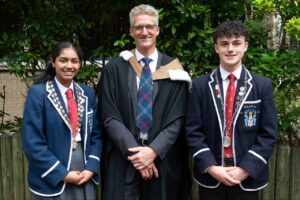 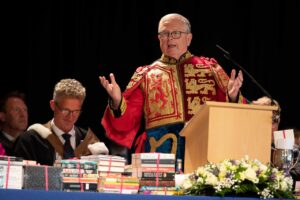 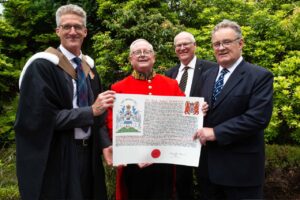