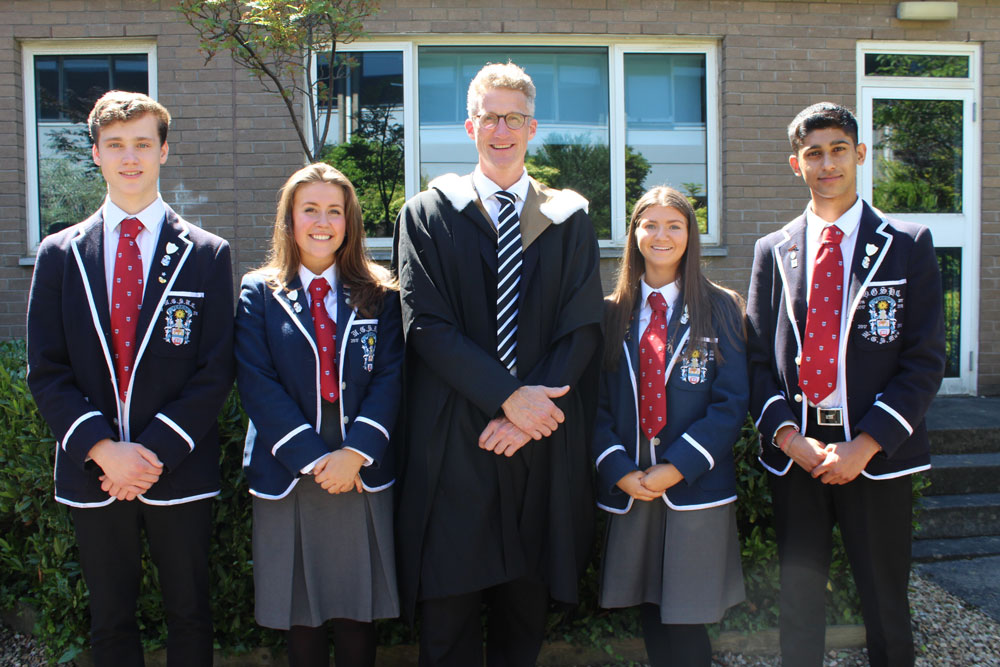 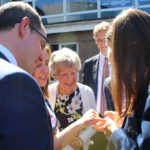 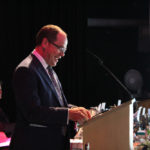 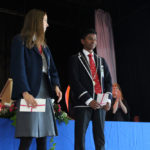 Pupils, staff and the Hutchesons’ community celebrated the 2019 Senior Prize Giving on the last day of term.

The event was held in the Helen and Walter Ross Assembly Hall and hundreds of parents and pupils attended the ceremony led by the Rector, Mr Gambles.

The Chair of Governors, Ms Ruth Walker, highlighted the fantastic developments taking place across the Beaton Road campus, the exciting achievements from pupils at Kingarth Street and she went on to thank all of the pupils, staff, families and friends of the school for their continued support.

Former Pupil, Reverend Anne E Stewart then led a prayer and asked the S6 leavers to remember fond memories of their time at school. This was followed by a fantastic performance of “Syrinx” performed by S6 pupil Ariana on the flute.

The Rector thanked all of the staff and school leavers departing from Hutchesons’ for their dedication and commitment to the school. He also thanked the Senior Management Team, the Bursar Mr John McColgan and the 2018/19 Head Boy and Girl Team for their hard working efforts over the academic year.

He went on to commend the Dux pupils, prize winners and highlighted the hard work of all the pupils with 69% of S5 pupils achieving Grade A results at Higher during the 2017/18 session. An impressive 40% of all S5 pupils received A grades or more and 20% of the pupils gained six Highers at grade A.

This was followed by an inspiring talk from former pupil Paul Johnston (C1993), the Director General for Education, Communities and Justice within the Scottish Government.

The prizes were then distributed followed by a sincere vote of thanks from Head Girl, Olivia and in true Hutchie tradition, 2018/19 Head Boy, Fraser Rennie led “Three Cheers for the School”.

Congratulations to the Girls’ Dux medalist, Emily and the Boys’ Dux Medalist, Tarun.

Very well done to all of our Prizewinners for the 2018/19 session.

To see photographs from the day, please click here.