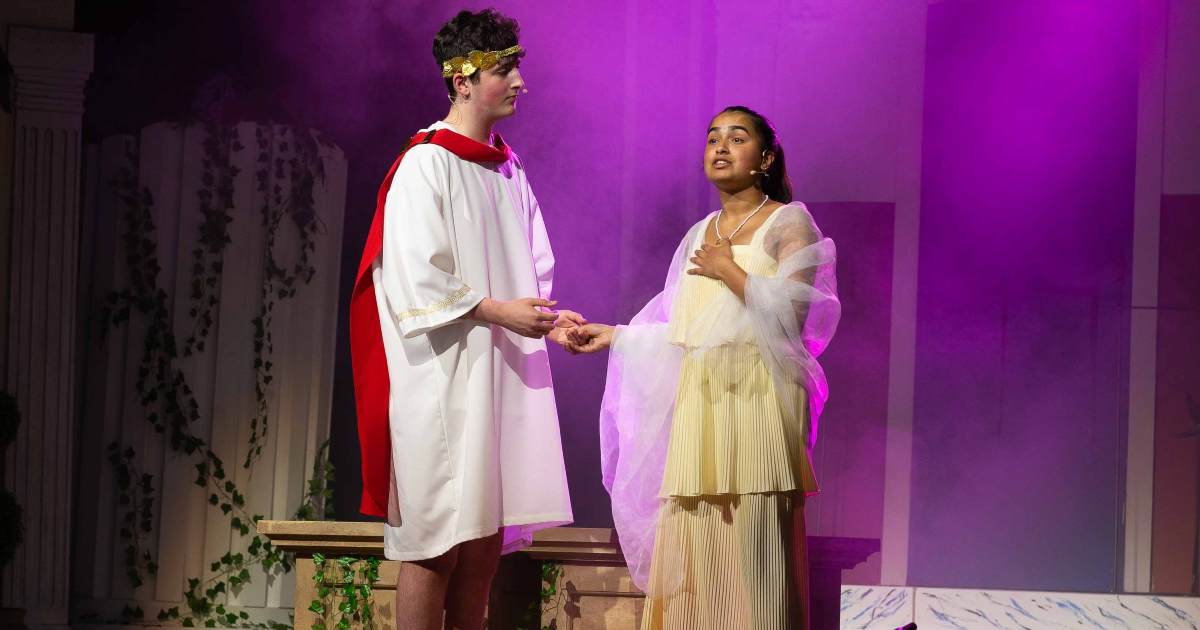 The Senior School Show proved to be one of the funniest yet with our adaptation of Steven Sondheim’s, “A Funny Thing Happened on the Way to the Forum.”

Due to Covid, our Senior pupils have missed extra-curricular activities that they would normally have enjoyed at Hutchie, so the Senior Show was a welcomed return after a two-year hiatus.

The fast-paced show was set 200 years before the Christian era and began with the Roman slave, Pseudolus (Blair S6), scheming his way to freedom by playing matchmaker for his master’s son, Hero (Andrew S5), who is smitten with the beautiful Philia (Richa S6). However, things do not go according to plan. The complications that ensued involved blackmail, funny disguises, and long-lost children, while Pseudolus desperately tried to keep up with his end of the bargain. Along the way we met Senex (Luca S4), his bossy wife Domina (Katie S6), a very strange old man, Erronius (Isaac S4), a dodgy buyer and seller of slaves called Lycus (George S6), and finally an incredibly arrogant warrior called Miles Gloriosus (Elliott S6). There were many soldiers and slaves adding to the hilarious events that unfolded throughout the show.

Directed by Mr Ferguson and MD’d by Mr Rhodes, the catchy songs had the audiences toe tapping along to the beat.

Pupils had been working hard to perfect their performance and it showed, it had energy, wit, fluent Latin, and laugh aloud moments from start to finish. With the uncertainty around Covid, the comedy musical was chosen because it did not rely on a large cast, meaning it could be more easily adaptable if restrictions were imposed. However, this meant that family members of the cast would not fill the hall, but if there was ever any concern on tickets sales, this was misjudged. Seats were filled full across the three nights with support behind the pupils and staff for their fun-filled return to stage.

Well done to everyone involved in the production, it was a thoroughly enjoyable show to end the school year on a high for Hutchie performing arts. 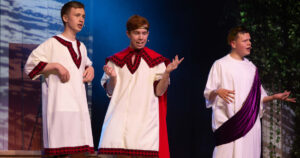 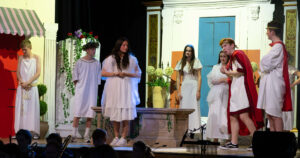 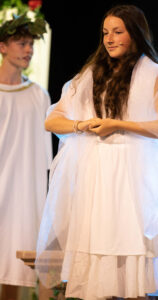 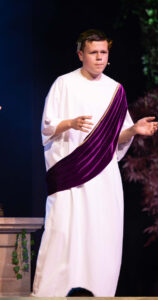 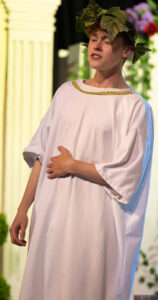 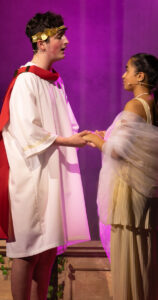 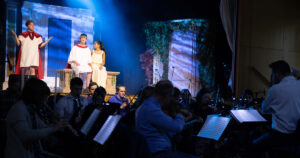 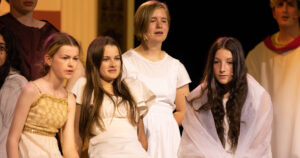 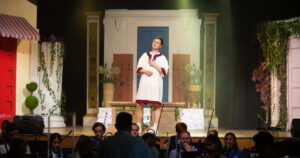 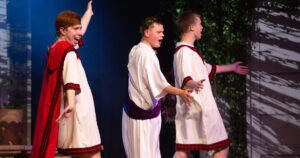