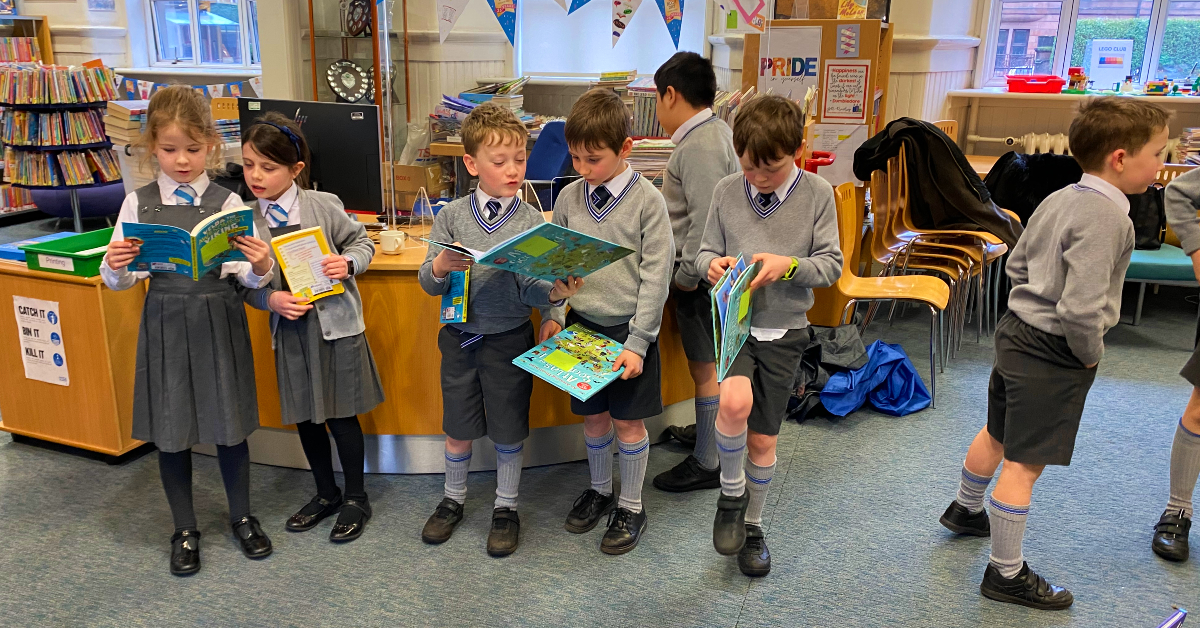 The theme this year was Animal books and pupils took great delight in dressing as an animal from their favourite book yesterday.

The week started off with a local visit from East Renfrewshire children’s author, Lindsay Littleson. P5 and P7 pupils gathered in the library and listened intently as Lindsay, in keeping with this year’s theme, read from her 2019 book, Guardians of the Wild Unicorns. She also spoke about her new book, The Rewilders which is soon to be released, and the research involved by visiting wildlife animals to find out how they are returned to the wild in Scotland.

The pupils found Lindsay so interesting and loved hearing about how she got into writing. Between the two classes, she also spoke about her previous books, The Titanic Detective Agency and the Secrets of the Last Merfolk, to give pupils and staff tips for writing.

There has been a lot of paired reading going on in classes, with a different focus each day as well as a second-hand book sale on Tuesday, which raised £105 for the school charity. Well done to the Book Week Committee for organising such a successful book sale.

Children’s’ author, David Macphail, visited the school on Wednesday and spoke to P2 and P3 pupils about Vikings – one called Velda. He read a chapter from “Velda The Awesomest Viking” which had the children in a fit of giggles…. and that was only Chapter 1. During his visit, he also spoke about the secret to Viking success, tips on imaginative writing and even demonstrated how to draw your own Viking ship starting with a Swiss roll. The biggest laughs though came from “Velda’s Viking Longship Name Generator”! From “Burping Falcon” to “Sulky Raider” and “Farting Serpent”, the pupils were delighted with their Viking Longship names.

On Thursday, P4 pupils helped the P1 pupils to read and follow instructions to create paper craft cats by working together step by step. The fun didn’t stop there, with a lunchtime club to create an animal comic strip, inspired by Garfield, animal mask making, as well as horseracing in the gym hall.

The Macastory storytellers came to the library on Friday and performed a mix of stories, poems, and songs for Pre-school and P1 pupils. The laughter could be heard down the corridor as the pupils enjoyed the antics of Fergus and Ron’s storytelling session.

What a wonderful week of animal fun and well done to pupils for all the extra reading they did during the week. 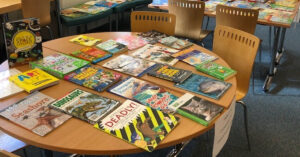 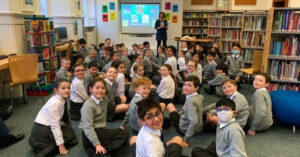 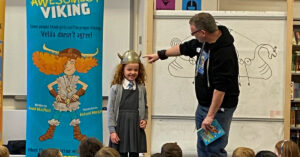 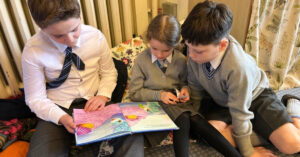 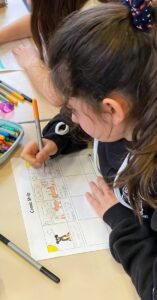 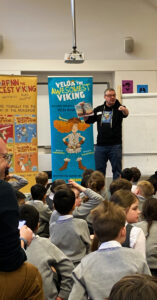 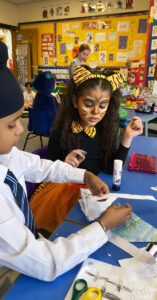 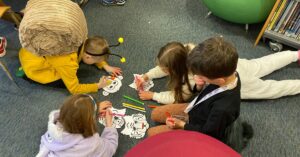 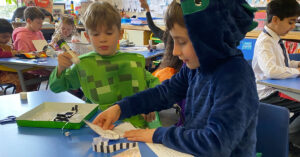 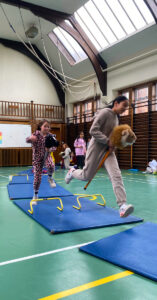 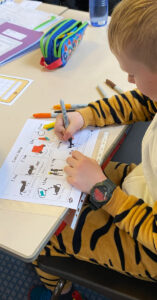 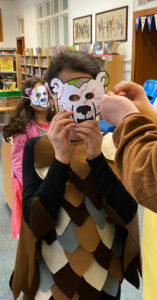