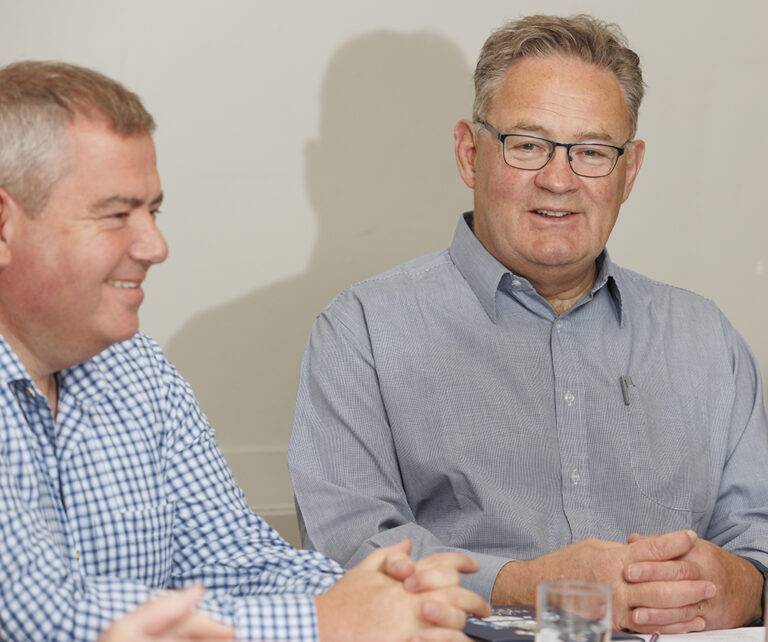 Alistair was educated at Hutchesons’ from P5 to S5 starting in 1967.  He was a prefect and house captain and a member of the school rugby 1st XV.

On leaving school Alistair played for the Former Pupils rugby team for several years.  His wife Alison is an FP and his two sons attended the school also.  He joined the board originally as the former pupils’ representative and has been co-opted since.

Hilary was educated at Craigholme School, followed by the University of Strathclyde where she attained a BSc in Pharmacy.

Hilary did her pre-registration year to become a pharmacist at the Glasgow Royal Infirmary. Subsequently, she completed a PhD in Pharmacology at the University of Glasgow where she studied the release of protective substances from the brain. This sparked her interest in research into neuroprotection for stroke which she pursued as a post-doctoral researcher at the University of Glasgow. Hilary then acquired a Research Lectureship at the Institute of Pharmacy and Biomedical Sciences, University of Strathclyde, where she is currently based as a Senior Lecturer. Her research focuses on repairing the brain after stroke, her teaching contributions span both pharmacy and biomedical sciences and she was recently awarded the Teaching Excellence Award for Best Teacher in Faculty of Science.

Hilary is honoured to be on the Hutchesons’ Educational Trust Board and Education Committee which she joined in January 2017 and is highly motivated to maintain Hutchesons’ strong academic track record and help every child flourish. Both of her children enjoy Hutchesons’ and, given the hard work of the staff, she feels passionate about being able to give something back to the school. 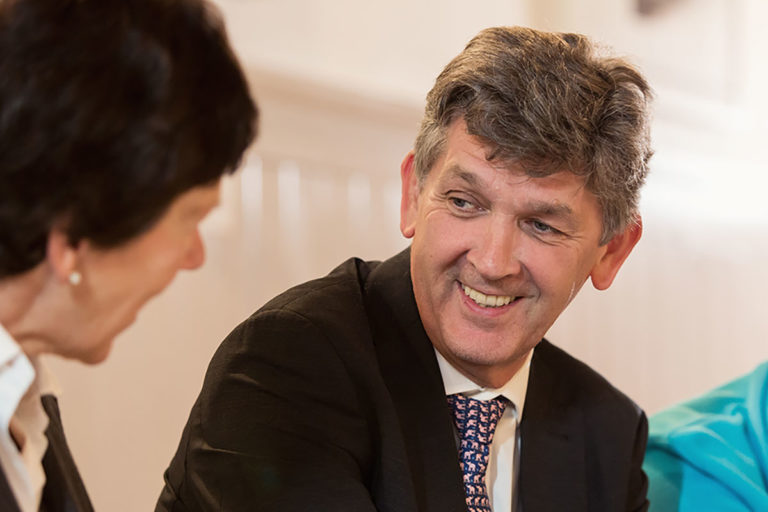 He has previously held the posts of Dean of the Faculty of Education, Head of Graduate School and Head of Department of Religious Education at the University. He is a leading philosopher of Education, focusing on epistemology, religion, culture and literature in education as well as policy and professionalism. He is the author of over 100 monographs, referred papers and essays. In 2014 his most recent volume was a prize winner in the Society for Educational Studies award for Educational monograph of the Year. In 2013 he was elected to a Fellowship of the Academy of Social Sciences.
Professor Conroy has held large research grants from a wide range of funders including the charitable foundations, government and RCUK. He has sat on a range of public and academic bodies including as non-exec Director of Learning and Teaching Scotland, UUK Mobility Board, Ministerial Review on teacher supply, AHRC programme Board, Research Excellence Framework and the Badman Review on Home Schooling. Jim has also served as a visiting Professor  at FU Rio Grande do Sul, Fordham, Warsaw, ACU and, most recently, University of Georgia. Currently Chair of the Journal of Moral Education Trust, vice Chair and immediate–past Chair of the Philosophy of Education Society of Great Britain, he is also Past President of the International Association for Moral Education and was co-chair of the Philosophy network of the European Educational Research Association. Most recently he has acted as co-convenor of the Universities UK International committee of PVCs. He also sits on the editorial boards of 8 leading international journals and has conducted research reviews for a range of research intensive universities and for governments..

Together with Jan Palmowski at the University of Warwick, he established the GUILD of European Research Intensive Universities. 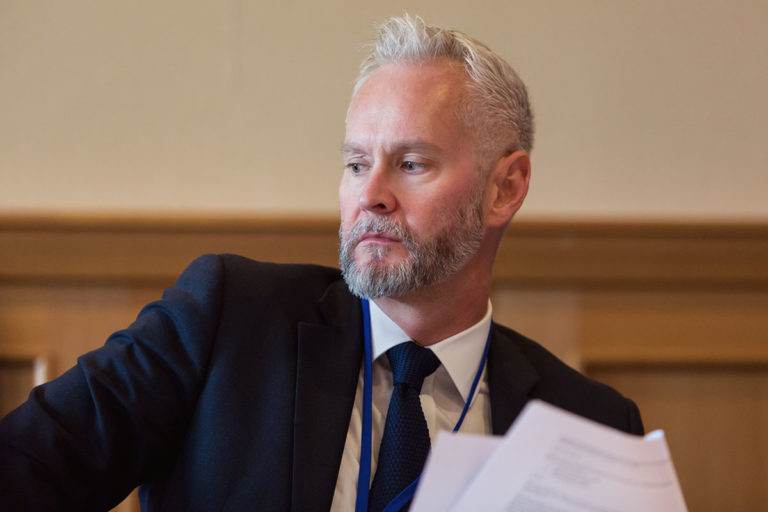 David attended primary school on the island of Bermuda at Saltus Grammar School. He relocated to Glasgow in 1985 and joined Hutchesons’ in S1, where he spent his entire secondary schooling.

David graduated from the University of Glasgow with a first class honours degree in Law (LL.B. (Hons)) in 1994, followed by the Diploma in Legal Practice (Dip. LP). David is a Partner in the commercial law firm, Burness Paull LLP, based in Glasgow.

He has specialised in employment law throughout his career of 20 years and is an accredited expert in employment law (Law Society of Scotland). He also trained as an accredited Mediator. David represents employer clients throughout the UK and has particular expertise in trade union and labour relations. David is ranked in the top tier (Band 1) for Employment Law in the Chambers UK legal directory and featured as one of The Lawyer magazine’s “Hot 100” lawyers in the UK. David also sits on the board of the charity Street Soccer Scotland.

David was proud to join the board of HET as it felt right at this stage of his career to contribute as an alumnus and parent. His objective is to add value to the HET Board on the Human Resources and employment law side in particular.

With his two children now attending Hutchesons’ too, there was a sense of coming full circle being back at the school and on the Board. David joined the HET Board in August 2017 and is Vice-Convenor of the HR Committee.

Outside of work, David’s interests include running, collecting Scotch whisky and reggae music. 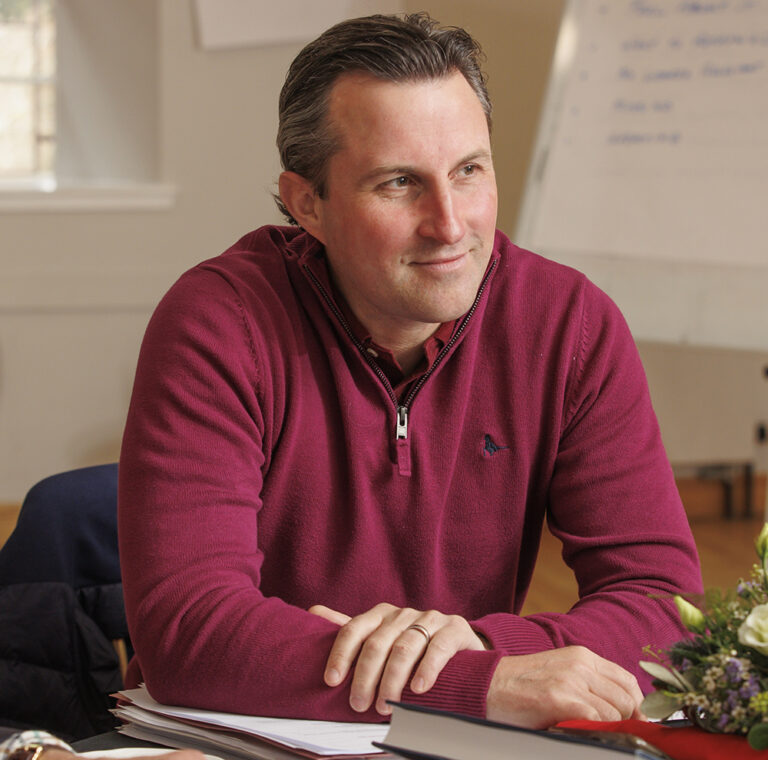 Michael was Head Boy of Hutchesons’ in 1996 and went on to achieve a 1st class M.Eng from Glasgow University in Civil Engineering and thereafter qualifying as a Chartered Accountant.

Michael has held numerous financial roles, both within the UK and Internationally, across the drinks industry. He has been the Chief Financial Officer of the Whyte and Mackay Group for over three years and was previously Finance Director at Tennent Caledonian Breweries and Group Head of Commercial Finance at AG Barr plc.

Michael is rugby fan and coached mini rugby at GHA in his spare time. He also plays tennis and likes to go for a run.

Michael joined the Board in August 2017 because he believes Hutchesons’ made a real difference in his life so wanted to give something back to ensure it continues to thrive and prosper for current and future pupils. 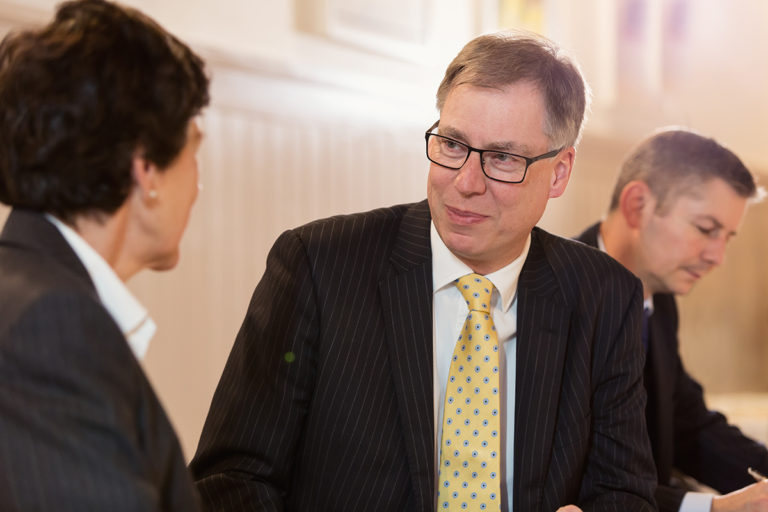 I was educated at Cargilfield School and Fettes College. I qualified as a Chartered Accountant in 1991 having previously started my career with the Royal Bank of Scotland. I was Finance Director of Loganair Ltd in 1998-2000 before then setting up as a sole practitioner which I remain to this day.

I am a past Deacon of The Incorporation of Bonnetmakers & Dyers of Glasgow. I was Lord Dean of Guild of The Merchants House of Glasgow 2015-17. I am a trustee of various charities and was appointed a Deputy Lieutenant for the City of Glasgow in 2017.

I joined the Board of Governors in 2018 as the representative of The Merchants House of Glasgow and serve on Property Committee. 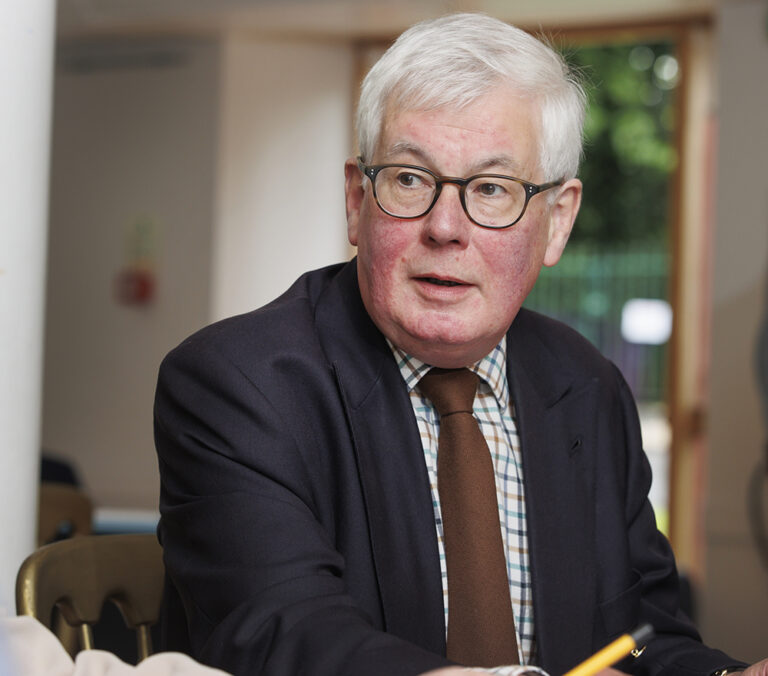 Nick was educated at Pangbourne College in Berkshire (formerly the Nautical College Pangbourne) after which in 1973 he joined the Royal Navy as an engineer officer.  After initial officer training at BRNC Dartmouth and a year at sea as a Midshipman he completed his engineering degree at the Royal Naval Engineering College, subsequently specialising in submarine weapon engineering.

He served in three nuclear submarines throughout the 1980s and following staff training at RNC Greenwich he served on the staff of Flag Officer Submarines where he was selected for promotion to Commander in 1994.  He moved to HMNB Clyde at Faslane in 1995 where he served on the Submarine Sea Training staff and then a shore appointment as Deputy Captain Fleet Maintenance until retirement in 2005.  Then he undertook the PGDE(S) at Strathclyde University and became a Mathematics teacher and subsequently a private Maths tutor.

He has lived in Helensburgh since moving to Scotland and his children attended Lomond School.  For a while he was the sole male parent on the Lomond School PTA.  He has strong links with the Trades House of Glasgow; he is an Ex Deacon of the Incorporation of Gardeners of Glasgow and currently sits on five committees related to the Trades House and crafts.  He is married to Carol who is an Archivist by profession.

Sandie Heverin (née Ferrans) joined the Board in December 2019. She brings a wealth of experience following her career as a lawyer in the London and Paris offices of White & Case LLP.

Sandie’s practice focused on international arbitration and commercial litigation, and she has experience working on high profile global disputes in various markets and industry sectors, including defence, construction and telecommunications.

She studied at the University of St Andrews, gaining an MA (Hons) in International Relations, and then moved to London to complete her LLB. She undertook internships at the Foreign Office and ITN News, before commencing her career in law. She returned to Glasgow a few years ago, following the birth of her first child.

Sandie has a great understanding of the Hutchesons’ culture, having attended the school from primary 1 to secondary 6, and was Head Girl in the class of 2003. She has one brother, Alastair, who was Head Boy in 2009.

Sandie and her family all feel a deep personal connection to the school. She attributes a lot of her successes personally and professionally to the strong grounding and variety of experiences offered by Hutchesons’. She has two young boys who she hopes will also attend the school and benefit from a similarly positive experience. She looks forward to being part of the Board and building upon on the school’s strengths at a crucial time in its development. 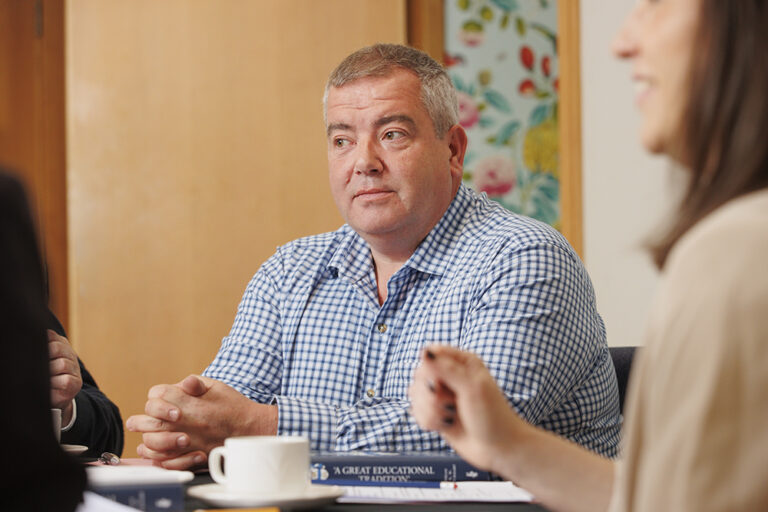 As a graduate of Glasgow University and as a Member of the Institution of Engineering and Technology, I specialise in the development and deployment multi-site infrastructure projects, such as mobile communication sites, renewable energy projects (such as large scale solar farms and wind turbines) and outdoor digital advertising displays.

Through my wife’s and my own family, we have long association with the school and it is an honour to help contribute to the future plans for Hutchesons’ Grammar School. 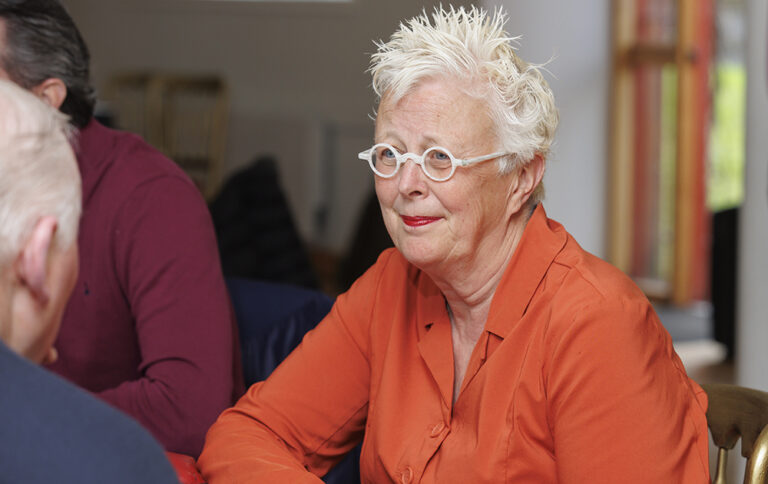