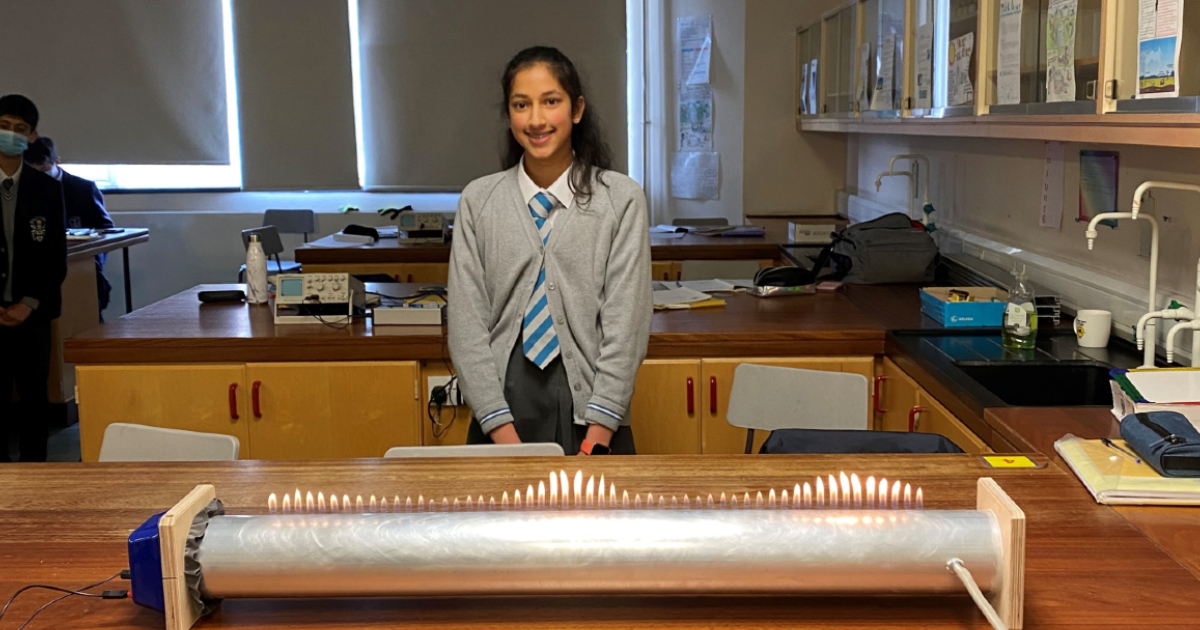 Siri entered a “future of engineering” 1,000 word essay competition, launched by engineering firm Doosan Babock to mark World Engineering back in March, and yesterday Siri and her Physics classmates got to use the gas-powered wave generator, also known as a Reubens Tube, which the department purchased with the prize money.

The competition invited pupils aged 11-18 years old, to showcase their innovative thinking and passion for engineering. They were tasked with writing about “ways in which engineers play a crucial role in making the world a better place to live in, particularly when faced with the constantly changing global environment and sustainability issues”.

Siri’s essay highlighted that without engineering innovation and development, the world in which we all know, would be a very difficult place to live in.

The pupils were fascinated to see the Reubens Tube working. Invented in Germany in the 1900s, the Reubens Tube is used as an ancient oscilloscope to graphically show the relationship between sound waves and sound pressure. The antique physics apparatus is often used to demonstrate the acoustic standing waves in a tube. 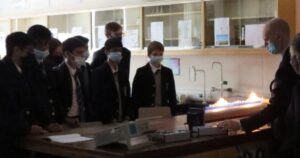 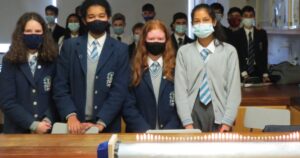