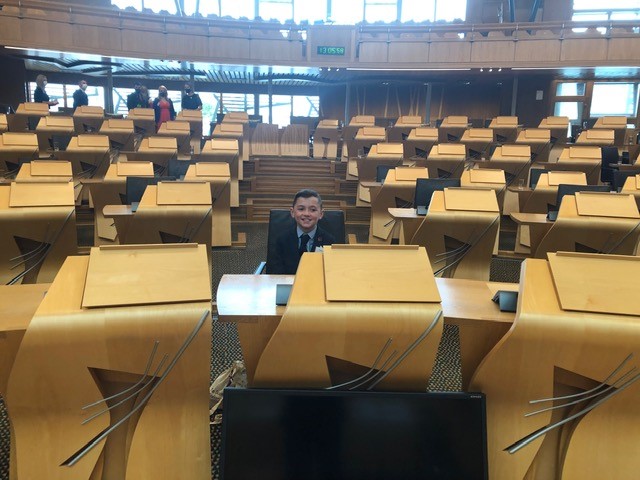 P7 pupil Fraser was nominated by Jackson Carlaw MSP as his Junior Local Hero and invited him to the official opening of Holyrood.

Fraser, from Giffnock, scooped the Young Heart Hero Award after walking 100 miles with his dad Ewen in memory of his gran who died from heart disease.

Fraser helped to raise an impressive £3,000 for the British Heart Foundation walking an ancient cattle trail stretching from Skye to Perthshire. Dad Ewen walked the full 200 mile route and Fraser joined him for the last 100 miles.

A further £3,000 was raised for Scotland’s Charity Air Ambulance.

Fraser enjoyed his trip to the Scottish Parliament where he met the First Minister. 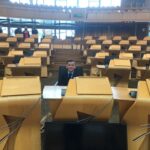 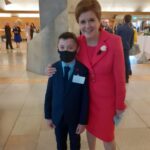 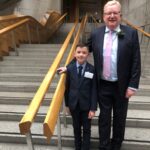 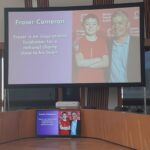