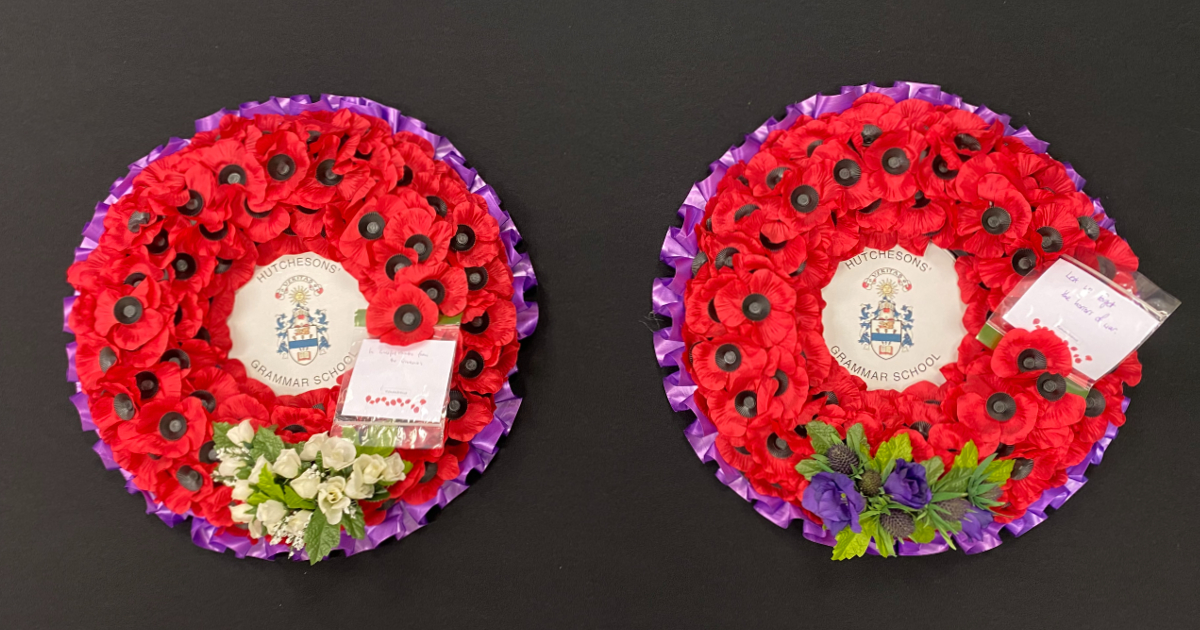 Special Remembrance assemblies were held across the week to remember those who have fallen.

In the Primary School on Wednesday, pupils in each class took great care in making their own wreaths for their Remembrance Service before gathering in the assembly hall with a procession from our pipe band. The Vice House Captains led the assembly and told the story of Arthur Roberts, a World War I survivor from Glasgow whose diary, letters and poems lay forgotten in an attic for over 20 years. This was followed by the reading of Nicole Davies’ picture book, The Day War Came. This story was inspired by a real event: a refugee child who had been refused entry to school because there was not a chair for her. The assembly was concluded with two minutes silence, providing a time to reflect on the past and to consider a more peaceful future. It was wonderful to hear The Hutchesons’ Pipe Band play at the end of our assembly.

The Remembrance Service held at the Secondary School saw pupils and staff reflect on the life of Walter Tull. Our Head Girl and Head Boy, Jessica and Jamie, and our Depute Head Girl, Darcy, and Depute Head Boy, Robin, gave readings from Respect: The Walter Tull Story by Nicola Morgan. Tully, as he was affectionately known by friends and loved ones, a professional footballer and the first British-born black army officer, was also the first black officer to lead white British troops into battle. A poignant story of his strength against diversity and in battle, who became a hero to all those who knew him, and those who continue to share his story.

Our school choir gave a moving performance of Song for Athene by John Taverner, and words of remembrance were delivered by our Rector, Mr. Gambles. Our Head of Music, Mr Rhodes, led a moment of silence by playing The Last Post on trumpet before the school community took part in a procession to the school War Memorial, again accompanied by our school pipe band.

Thank you to all those involved in delivering these moving services. 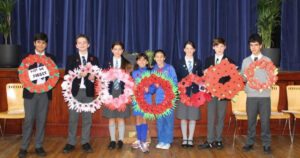 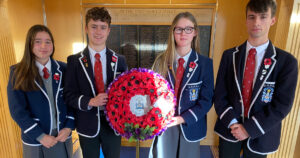