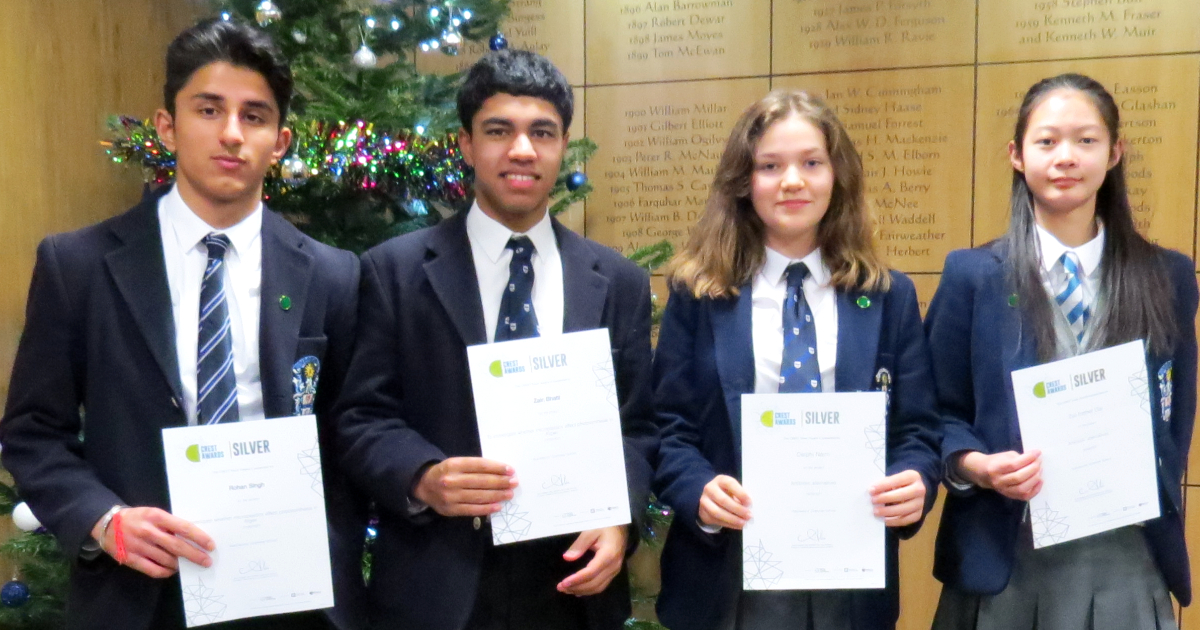 Congratulations to S5 pupils on receiving their Silver CREST Award.

After starting extra-curricular Biology projects before Covid forced school closures, Rohan, Zain, Delphie and Esther continued to put in the time and effort through lockdown, and on return to school, to finish their work.

CREST projects are long-term, in-depth, and run by the pupils themselves. With over thirty hours of project work and through careful planning and preparation, the pupils first had to determine the project’s aim, how to achieve it, record then analyse their results.

Their sheer determination paid off and were recently awarded Silver in the CREST Awards – as pictured above with their certificates.

CREST is a scheme that inspires young people to think and behave like scientists and engineers, through challenging and thought-provoking real-world STEM (Science, Technology, Engineering, and Mathematics) projects.