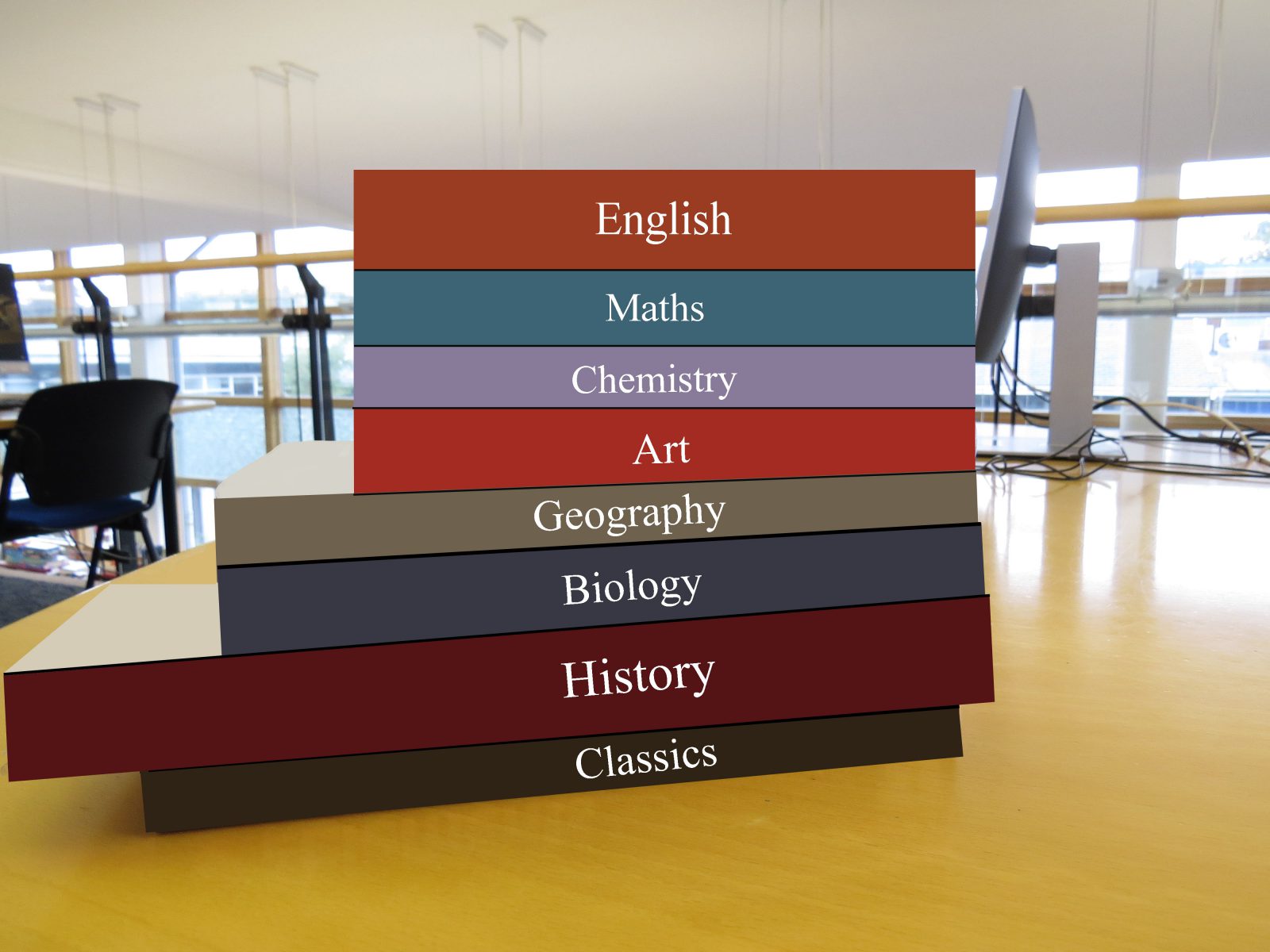 Ever wondered why we offer the subjects we do? Here, Depute Rector (Curriculum) Mr Bagnall, explains the importance of designing the right curriculum and why he believes Hutchesons’ offers one of the most comprehensive, individual and varied curriculums in the country.

Write something about the curriculum, that’s easy: it’s just the three “R’s”, right? Well, sort of.

The curriculum of a school is the totality of the things that a school consciously sets out to teach its pupils. The curriculum creates the framework for the day, the week and year for all of the pupils and teachers throughout the school.

Being Director of Curriculum at Hutchesons’ as I have been for the past decade is therefore a considerable responsibility, but also a joy and a privilege. I am lucky that responsibility is further distributed amongst senior management colleagues, extremely talented departmental heads, timetablers and others whose expertise makes the curriculum a reality in every classroom and anywhere else that our pupils have the opportunity to learn something new. In doing so we consider three things:

It is the last of these that distinguishes a school curriculum from the curriculum of a university, college or adult night school. It is the one opportunity that children have to meet for the first time many fundamental aspects of how humans interact with the world.

Since the turn of the century the issue of curriculum design in schools has been a matter of considerable debate and the cause of much anxiety in journals, blogs, newspapers and political conferences. Ten or twelve years ago you couldn’t go to a conference or meeting about education without one speaker or another introducing a video called ‘Shift Happens’. They would press play with triumphant confidence that the dizzying information burst that followed would prove beyond all question that everything was now moving with such unprecedented speed and unpredictability that school provision now extant could not possibly meet the needs of the current generation.

The central mantra of the ‘Shift Happens’ message was:

We are currently preparing pupils for jobs that don’t yet exist using technologies that haven’t been invented, in order to solve problems we don’t even know are problems yet.”

In itself this statement, could be a useful jumping off point for considering how difficult and complicated the job of designing an effective curriculum might be. Also, who doesn’t enjoy speculating what the world might be like ‘when we grow up’? What an opportunity to make your name by getting it right. However, the polemic did not stop there.

For Students starting a three-year degree, half of what they learn in their first year will be outdated by the end of their degree”

In later versions this was modified to ‘a three-year technical degree’. Just as well. However, even for technical subjects the imagined plaintive cry of the student, “what is the point of learning this?” is surely unjustified. More specifically it is a fallacy to say that a curriculum designed for hundreds of different children aged 5 to 18 years old in 2018 should second guess what specific aspects of their political, social or technical lives will be like in 2040 or 2050.

There is a great flaw in the logic of the panic-inducing scorched earth picture of curriculum design. The giveaway was when the presentation stated: “there are 106 million users of MySpace : if MySpace were a country it would be the 11th largest in the world”. Ah, MySpace – remember them? There was no mention of course in 2006 of the possibility of Brexit, ipads, the ethical difficulties of using (or running) Facebook, sub-prime mortgages et cetera. In the meantime, the opportunity cost of encouraging curriculum managers to start from scratch because ‘it’s a new world’ and ‘our 1950s classrooms are irrelevant’ can be felt in the neglect of those fundamentals that we in older generations were taught in moments now long forgotten and taken for granted.

The truth is that new solutions to new problems come from what we already know and often from places we did not expect. This is how new worlds are created. Earlier generations of Hutchesonians drew on the resources of the primarily classical curriculum of the 18th Century to thrive in the face of new revolutions in industry, democracy and globalisation. The creation of Alternating Current and the electrical revolution of the 20th Century depended on the work on cubic equations of 16th Century Italian Mathematician Gerolamo Cordano (originally, he was just to trying to win card games).

I love a scene in the recent Film ‘Hidden Figures’, the true story of black women working as ‘Computers’ in NASA in the 1960s. After much angst, tension and head scratching, the breakthrough to solving the problems of re-entry from Earth orbit was found in a dusty maths textbook everyone had overlooked (containing Euler’s method). This work went on to be the basis of GPS and mobile phone technology.

I also recall the story I was once told by the late great Medievalist Jonathan Riley-Smith when he was engaged to lecture hundreds of CIA operatives in the wake of the 2001 World Trade Centre attack about why the word ‘Crusade’ could be so easily misinterpreted in 21st Century international politics. An area of knowledge and understanding hitherto regarded as of use and interest only in the most esoteric corners of academia, had suddenly and spectacularly moved centre stage. Flexibility and creativity in the application of existing knowledge and understanding to new situations is probably the best definition of intelligence that there is.

Helping our pupils to develop creativity and flexibility has much to do with how we assess and how we teach – that is to say – pedagogy. This also falls within my remit, but it is not ‘the Curriculum’, the choices we make about what we teach.

An intelligent curriculum design therefore, like human intelligence, is not written on a blank sheet, but a flexible and creative response to new problems based on resources of knowledge and understanding already available. Long term planning – strategic design – is evolutionary. It pays attention to the fundamental values of the school and defines those clearly, measuring a response to each new development and challenge against them to ensure that the curriculum remains fresh and continues to meet the needs and expectations of our pupils and their parents.

It recognises that meaningful change requires the alignment of the priorities of those who must deliver the curriculum. Although it is important to keep in mind that the idea of Curriculum (the ‘what’ of education) is separate from pedagogy (the ‘how’ of education), inevitably improvement in the curriculum and improvement in pedagogy are complimentary and overlapping.

Without going into the complexities of how each decision was reached or the paths not taken, one can pause in mid-July 2018, look backwards and see big changes have taken place in the school’s curriculum over the past decade. Six clear values on which to rationalise and maintain a curriculum that is distinct to Hutchesons’ have been defined and embedded in the school’s culture; the tradition of providing the breadth of 6 Highers for around a quarter of the S5 cohort has been maintained while providing the greater time and depth to guide the majority to success that was not made available a decade ago; new senior courses in Physical Education, Sports Leadership, Music Technology and Photography provide opportunities for creativity; the ethical basis of the curriculum has been boosted through new courses in Philosophy and International Education in S2 to S4.

For academic departments the challenges have been individual and significant with new frontiers in scientific knowledge and technology impacting particularly on Science and Technology subjects. For the departments, perhaps the greatest challenge has been matching a pedagogy that emphasises transferrable rather than regurgitated knowledge to the efforts of the SQA to reflect this in new courses and assessment arrangements. Successive new records in Higher examinations, bucking national trends, bear witness to their success in doing this.

In the offing is an unfolding digital strategy that builds on the school’s “Firefly” digital platform and reflects recent developments in the speed, robustness and power of laptop computers; a research strategy designed to make pupils more self-aware curious researchers; an innovative approach to making it easier for teachers to share good practice in teaching and learning while creating mini action research projects and … more.

It doesn’t take long for evolutionary curriculum design to become revolutionary. It’s just one extra ‘r’ after all.