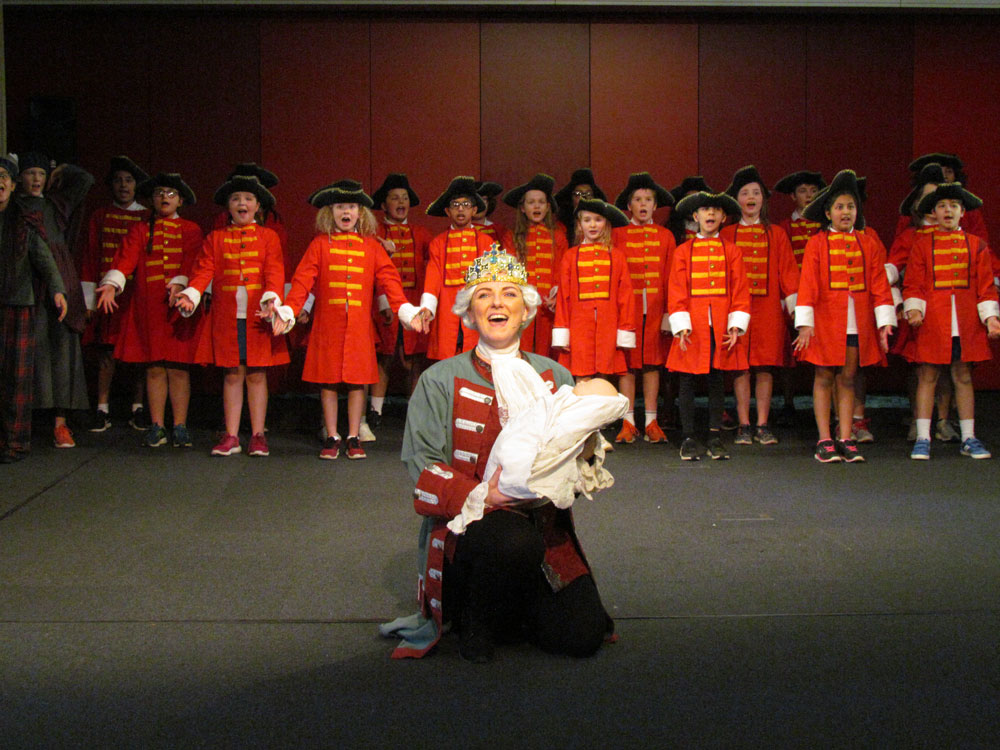 Primary six pupils took family and friends back in time as they performed the hit show ‘1719’ following a workshop with Scottish Opera.

The children have been practising the songs during their music classes and put on the performance in the Drama Studios at Beaton Road, splitting into three groups, acting as the Jacobites, Spanish Allies and Hanoverian troops.

The singers and crew from Scottish Opera were very impressed by the behaviour, singing and acting of our pupils and were delighted with the final performance, highlighting the Jacobite risings in Scotland.

Thank you to Scottish Opera for providing an excellent experience for the pupils.

To see more photographs from the day, please click https://flic.kr/s/aHsmztMfsM

The P6 children took just one hour and forty minutes to learn an entire opera this week. They were led ...

Pupils and staff danced the night away at the 2019 Senior Dance held at the Crowne Plaza in Glasgow. Our ...

The Primary 1 pupils got their families into the festive spirit as they performed the annual Nativity on December 18th. ...