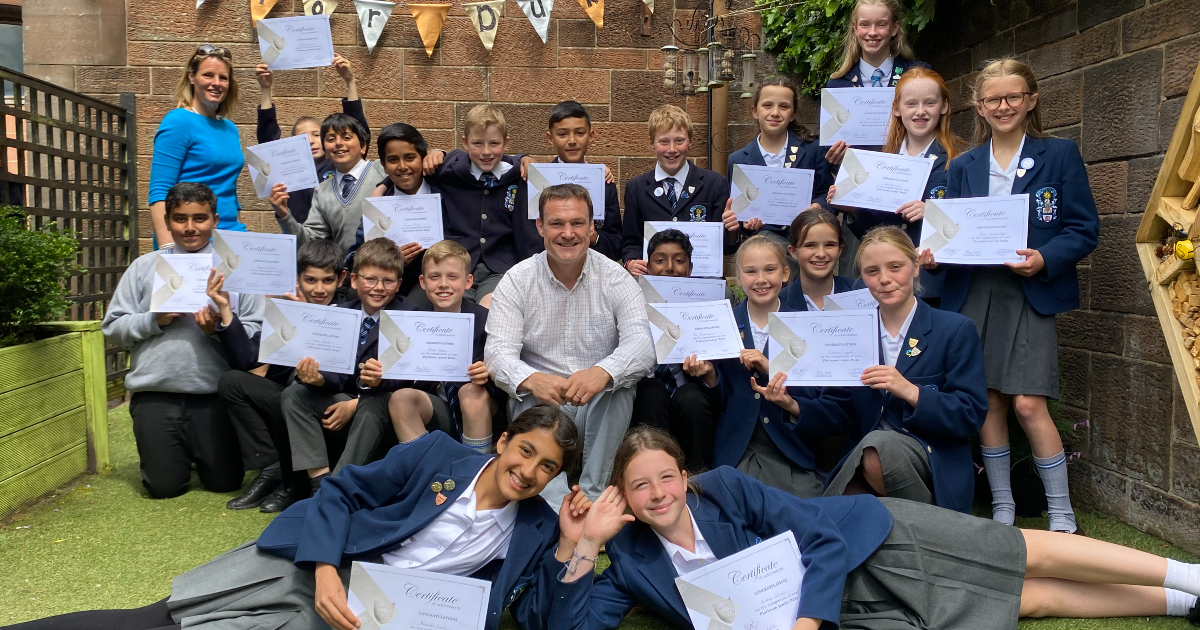 The Hutchie Junior Duke Awards took place out in the sunshine last week to present pupils with their award certificates.

Gathering in the Bee Wild Garden at the Primary School, former Hutchie pupil and former Scotland and British Lions Rugby player, Gordon Bulloch, returned to the school once again to do the honours.

Gordon has been Patron of the Junior Duke Award from the outset and his ethos and Annual ‘launch assembly’ ideas, as well as the format for his Garden Party each June, are always inspiring and captivating.

After a wonderful lunch, award winners gathered to receive their certificates to mark another Junior Duke Level complete.

The Junior Duke Award was created by Hutchesons’ Primary School Teacher, Mrs Dawn Waugh, and launched in 2007 for Primary 4 – 7 pupils. Over the years it has evolved to now have a level for each year group throughout the Primary School. Each level has its own booklet with ten challenges. The children need to complete seven of these life skill challenges which include: budgeting for a week of packed lunches, fixing a puncture, planning a trip using a bus or train, cooking dinner, washing the sheets, using less electricity, picking up litter, and planting food.

Gordon’s inspiring talks and ideas have since been shared and many other schools taking part have their own ‘Ambassador’ who copy Gordon’s format to give their school their own take on the Award. These Ambassadors comprise of other rugby players, professional footballers, a musician, a writer, a Director of a charity, a female sports model, motivational speakers, and adventurers.

In 2018, a website was built (www.juniorduke.com) and thereafter, schools began to hear about it through word of mouth and by Google, to spread The Junior Duke globally. In the past four years the Award has been undertaken by other schools and last year, there were over 9,500 children taking part around the world and this year, there are almost 28,000 children throughout 20 countries. It has had a phenomenal success, and it is wonderful to see how many schools and children the Award has reached.

The Junior Duke journey begins in Primary 1 all the way through to the age when pupils can start the Duke of Edinburgh’s Award. The new ‘Senior Duke’ portal was created by a former pupil, Brodie Knight, and is for S1 and S2 year groups. Having worked through The Junior Duke when he attended Kingarth Street, and then completing his Duke of Edinburgh’s Award last year, he was extremely helpful in putting his coding skills to effective use. There have been almost 600 pupils in international schools working on their Senior Duke Award this year, where they upload photographic and video evidence of their completed challenges of: Money Skills, Adventure Challenges, Physical challenges, Creative Skills, First Aid Skills, and Home Skills.

Due to the incredible success of the Junior Duke, Mrs Waugh, who teaches Primary 6 at Hutchesons’, is delighted to have been allowed to take a sabbatical next year to further develop the award. During this time, Mrs Waugh plans to get processes automated and streamlined to help further share The Junior Duke far and wide to allow more children to enjoy its benefits and life skills. Although pupils will miss her energy and guidance, by streamlining the processes this will in turn free up her time to concentrate on her next great idea and enjoy a welcome return to the “job she loves at Hutchesons.”

Congratulations to all award winners on their fantastic efforts throughout the year and good luck to Mrs Waugh, who will be sorely missed, we look forward to her return to Hutchesons’ for the 2024 – 2025 school year. 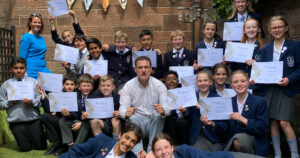 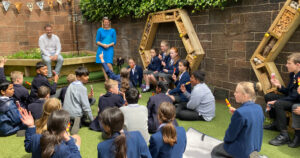 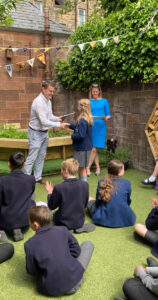 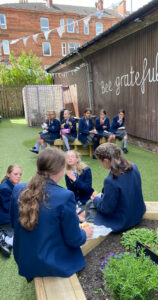 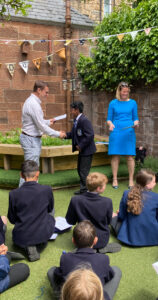 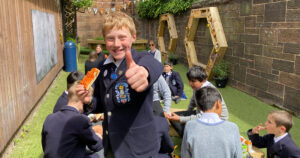 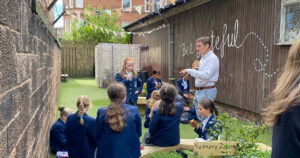 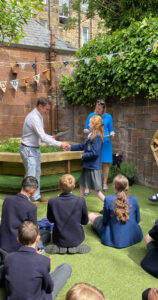 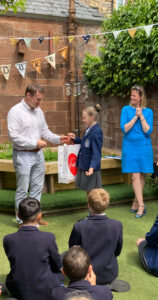