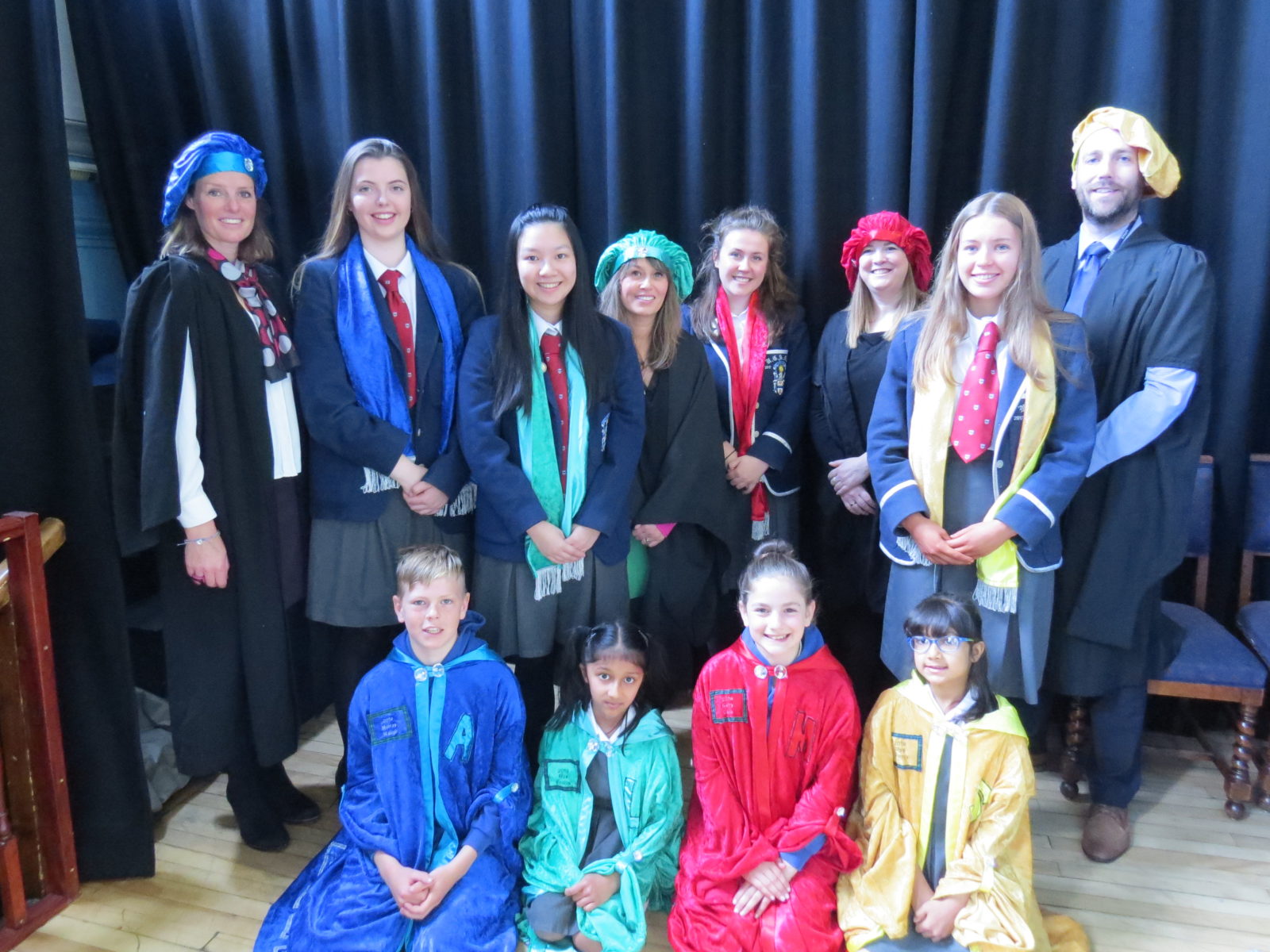 Four pupils were awarded Cloaks of Magnificence at the primary school yesterday.

All the primary pupils gathered in the assembly hall to find out which pupils had won a Cloak, an honour bestowed annually on the pupil from each house who has achieved the most house points.

Squirrel Hutchkins arrived with the results in his briefcase and was piped in to the hall by Nicholas (P6).The Argyll winner was Murray, the Lochiel winner was Riya, while Kerry won for Montrose and the Stuart winner was Diya.

Their points were awarded for all sorts of things including: sheer hard work, determination and a variety of sporting achievements.

As each of the four S6 pupils read out the reason for each child to have won, the whole of the primary school sat in hopeful silence.

However, as there can only be one name embroidered on each cloak each year, the well-deserving four donned their Cloaks of Magnificence to rapturous applause.

Thank you to the S6 girls, Eilidh, Mary, Eleanor and Head Girl, Olivia.

To see photographs from the event, please click here.

This week the stage curtain raised for Shrek The Musical JR – Hutchie’s first performance of 2023. With two casts ...

Today, Prime Minister Rishi Sunak pledged to “reimagine our approach to numeracy” as part of his first speech of 2023 ...