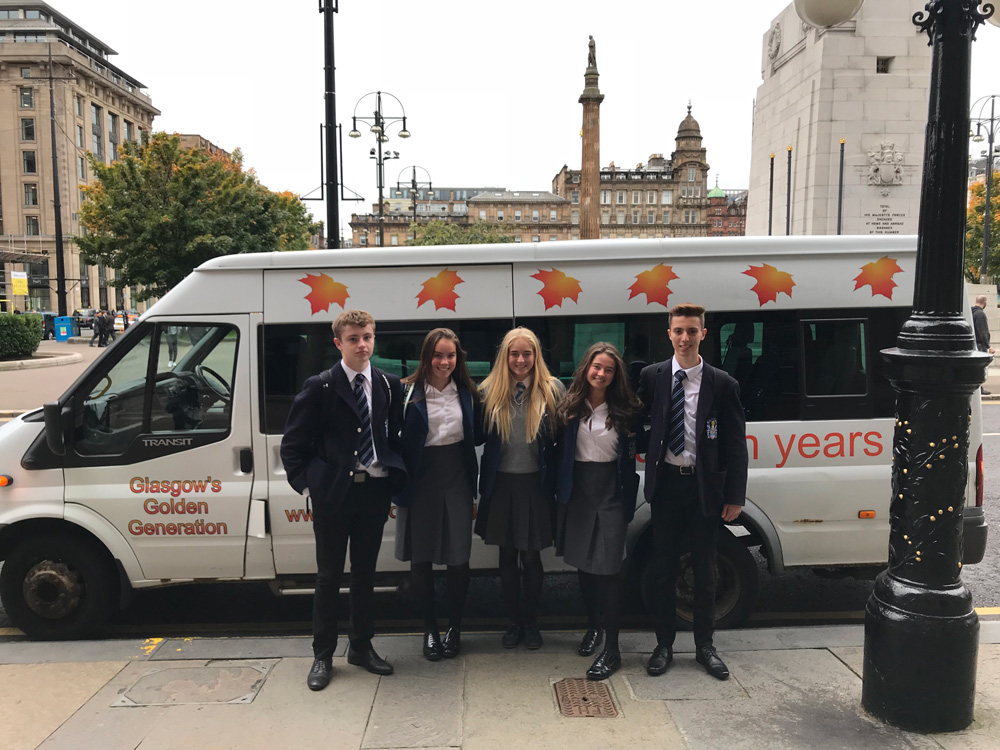 S4 YPI winners were formally thanked at Glasgow City Chambers this week for their charity contribution which went towards a mini bus for Glasgow’s Golden Generation.

The YPI event was held in February and was supported by Scottish Equity Partners (SEP) and The Wood Foundation which saw the S3 pupils worked in teams to discuss and research local charities that would benefit from the donation.

The 2018 winners, Amy, Alistair, Andrew, Katie and Rosalind deservedly won £3000 for Glasgow’s Golden Generation and had the opportunity to see how their prize money had been spent on the brand new mini bus for the centre.

The charity helps to tackle loneliness in the elderly by taking them to clubs and centres and the funding will now enable the charity to buy a new minibus.

Very well done to our pupils for supporting such a worthy cause!