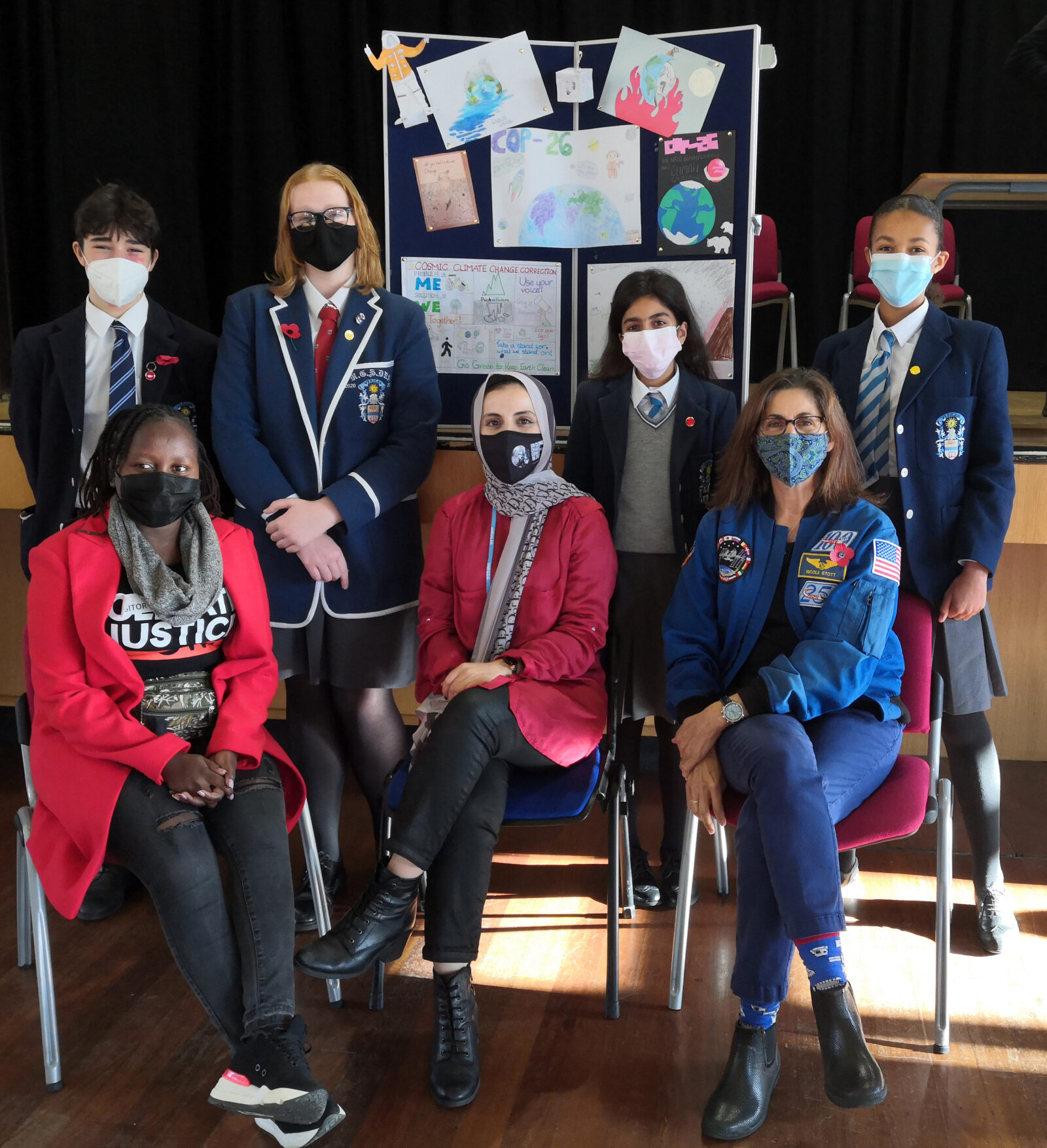 Nicole was the 10th woman in space and served as a Flight Engineer on ISS Expedition 20 and 21 and was a Mission Specialist on ST5-128 and ST5-133.

She retired from NASA in 2015 but her space missions have inspired her to raise awareness of climate change.

The former astronaut visited as part of an ActionAid delegation to COP2. She has published a book Back to Earth in which she imparts essential lessons in problem-solving, survival, and crisis response that everyone can practise to make a positive change.

She spoke to senior pupils about her spaceflights and shared insights from scientists, activists and changemakers working to solve planet Earth’s greatest environmental challenges.

Nicole said: “I’ve been blessed to have experienced our planetary home from some extraordinary vantage points, including from outer space. What I learned is that we are all earthlings. The only border that matters is that thin blue line of atmosphere that blankets and protects us all.

“I came back to Earth knowing that if we behave like crewmates, not passengers, we have the power to create a future for all life on earth, that is as beautiful as it looks from space.

“We each have the power to respect our planetary home and one another by living our lives like crewmates, not passengers, on an inspiring shared mission.”

Nicole was joined by fellow activists Safa’ Abed Alnabi Mohammad Almomani, 33, from Jordan, Monicah Kamandau, 27, from Kenya and Ally Mwamzola, 24, from Tanzania who discussed the impacts of climate change, which are being felt by young people both in Scotland and beyond.

Mr Martin, said: “Nicole spoke passionately about her desire to protect our planet. Our pupils found her informative and inspiring. We were delighted to welcome Nicole and her fellow activists to Hutchesons’ to learn about the environmental impact on their countries.”

The group is visiting schools during the COP26 as part of the ActionAid International ARTivisim Project. Artworks by young people from every nation in the world are displayed on a spacesuit, which is being exhibited at the Science Centre in Glasgow during the UN climate talks, to ensure young people’s voices are heard by world leaders.