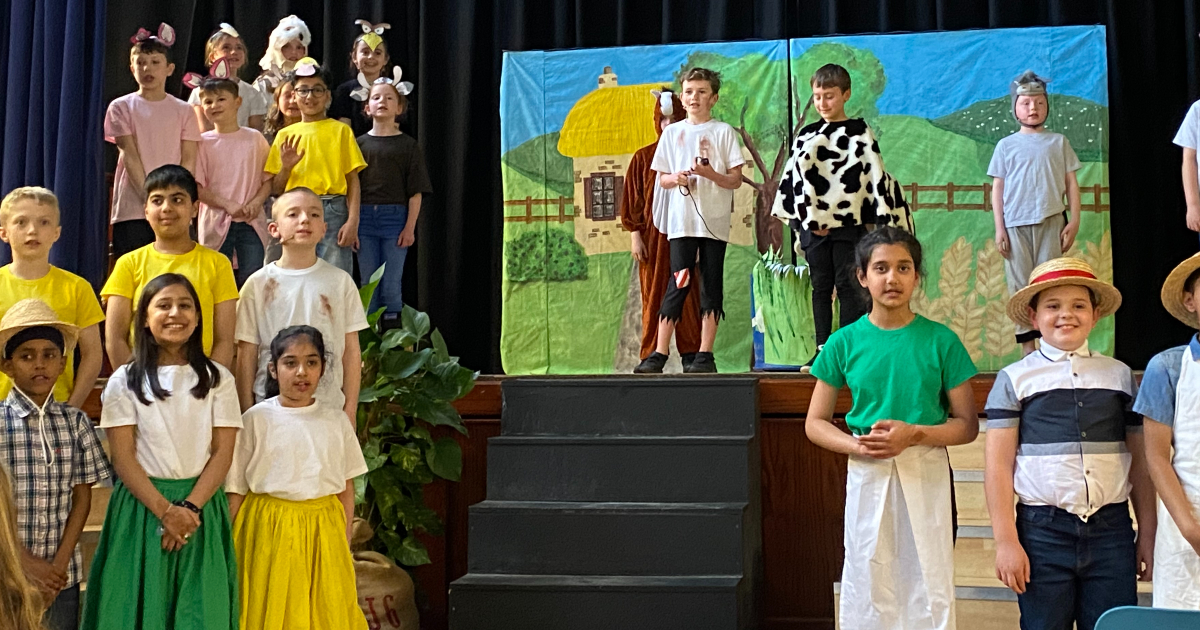 Jack and The Beanstalk comes to KS

Our P4 pupils took to the stage last night for their interpretation of Roald Dahl’s Jack and The Beanstalk.

After working hard to perfect their performances, pupils welcomed family and friends to Kingarth Street to watch the show live. It was another welcome addition to Covid regulations relaxing.

Pupils gathered excitedly at the side of the stage while the audience took their seats before the music began to mark the start of the show. This was only the second time to perform in front of a live audience after their debut to the Primary School earlier in the week.

Confidently taking to the stage, cast members brought a joyful presence to the assembly hall as pupils took the audience on a fun adventure, with both Travis and Luke giving strong performances as Jack. A special mention goes to Jamie, who played the giant, for navigating his costume round the stage and between scenes with humour and bravery, and to Sammy for handling the beanstalk with such care to make it magically grow.

The audience laughed along with the cast and took great delight in the costumes and scenery. The time involved in creating these to bring the scenes to life were a fantastic effort, as were the stage crews seamless scene changes.

Music was performed and lead by Mrs Porter on piano, George (S6) on violin and Daniel (S4) on clarinet, which accompanied the pupil vocals beautifully.

Pupils and staff also sold “grow a bean” kits for £1 before the show started to raise funds to purchase ocean plastic pots for the East stairwell window. Ocean plastic pots links with our school charity this year Save Scottish Seas.

Well done to everyone involved in putting together such a fun and entertaining show, it was a superb team effort and thoroughly enjoyed by all. As Ms Gibson, Upper Primary Depute Rector, commented, “it’s hard to stop smiling”.

Click on the images below to see full size. 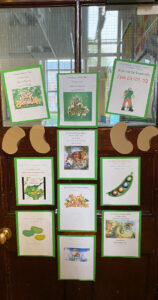 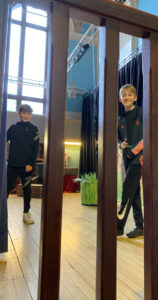 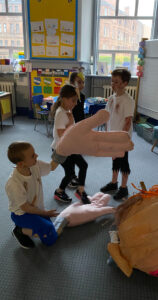 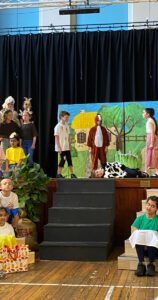 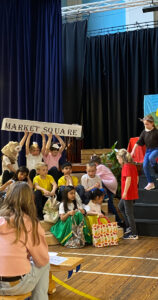 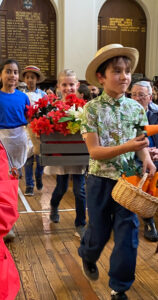 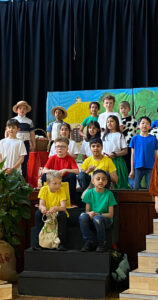 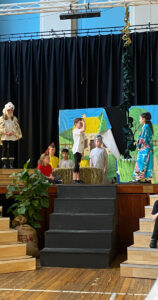 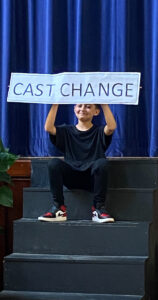 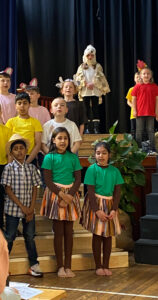 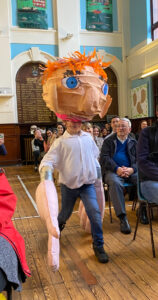 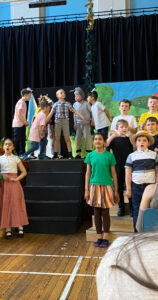 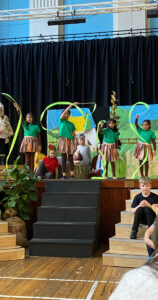 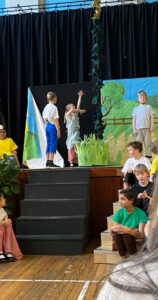 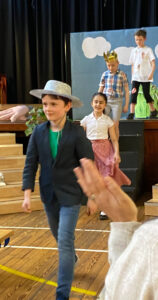 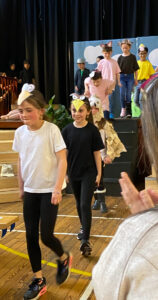 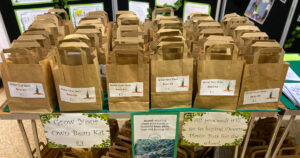 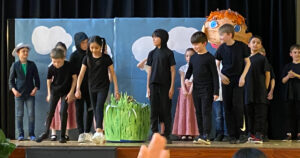 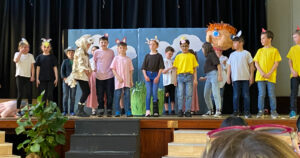 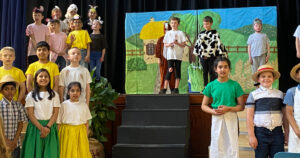