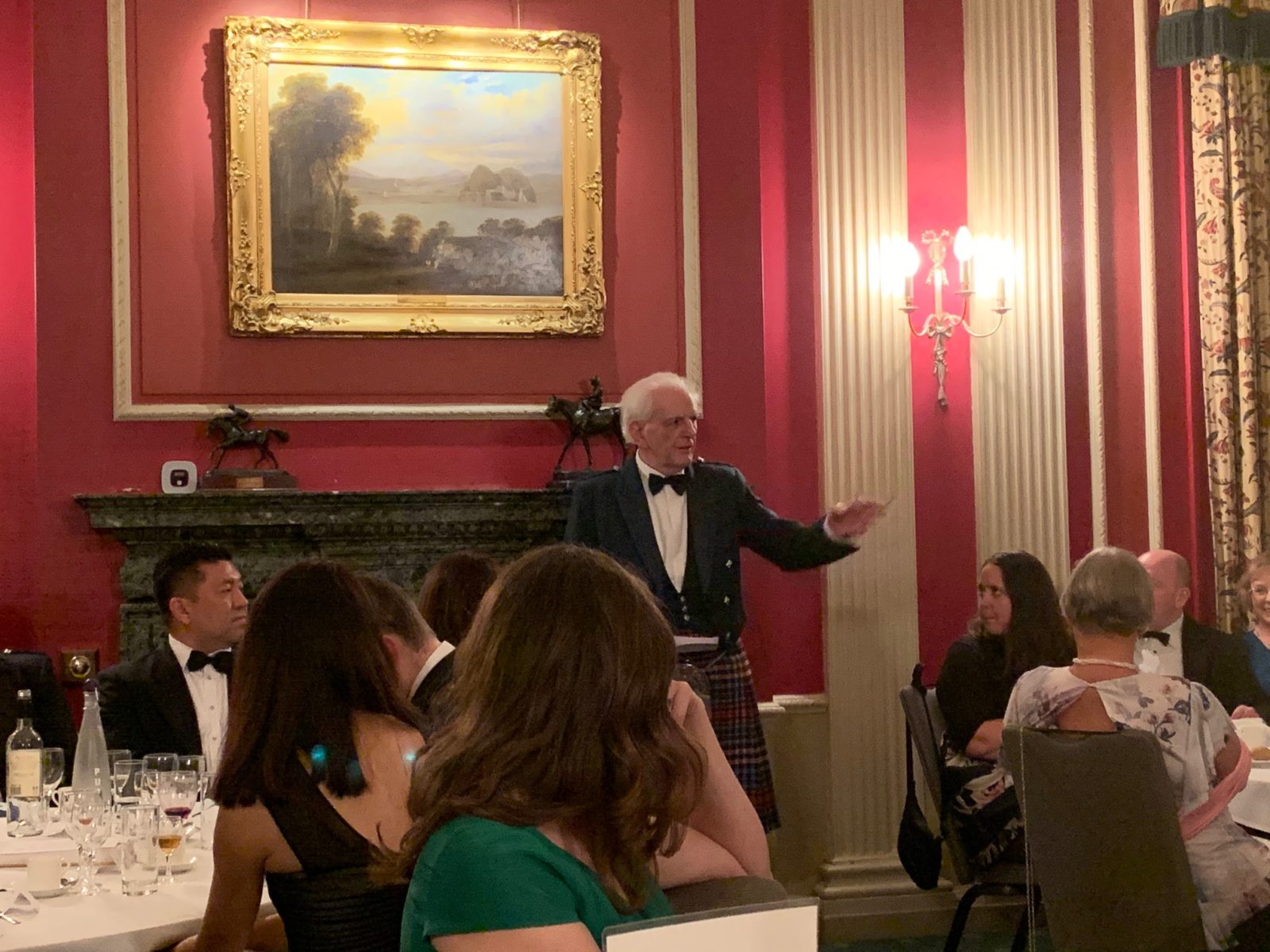 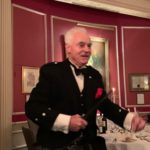 Over 50 alumni and friends of the school gathered in the Caledonian Club in London’s west end for a traditional Burns Supper.

There was a good mix of FPs from many different year groups, who came from far and wide and enjoyed catching up with classmates.

The ever versatile Gordon Casely (C1961) both piped in and addressed the haggis, acting out the part with characteristic gusto. Harley Atkinson (C1957) gave a thoughtful Immortal Memory, quoting from a number of Burns’ well- known poems.

Guest enjoyed some humorous repartee from David Tait (1994), who in, toasting the lassies also managed to get in few jibes at Depute Rector, Alumni and Development, Jim McDougall, his former geography teacher. In a dignified reply Helen Wright (C1971) acknowledged Burns’ numerous relationships.

As well as Jim, attending his first Burns Supper as Depute Rector for Alumni and Development, the school was represented by Rector Colin Gambles, who after thanking the many supporters in the room, gave an upbeat report on developments at Hutchie.

Ruth Walker, appropriately for her last year as Chair of Board, topped and tailed the evening with the traditional Selkirk Grace and a gracious Vote of Thanks. An enjoyable night was had by all, and we very much hope to be back in 2021.

Congratulations to Becca and Owen, both S4, who have been longlisted for the Scottish Schools’ Young Writer of the Year ...

S1 pupil Arianna was named the local winner in the Intermediate Category of the Rotary Club’s Young Writer Competition. Schools ...