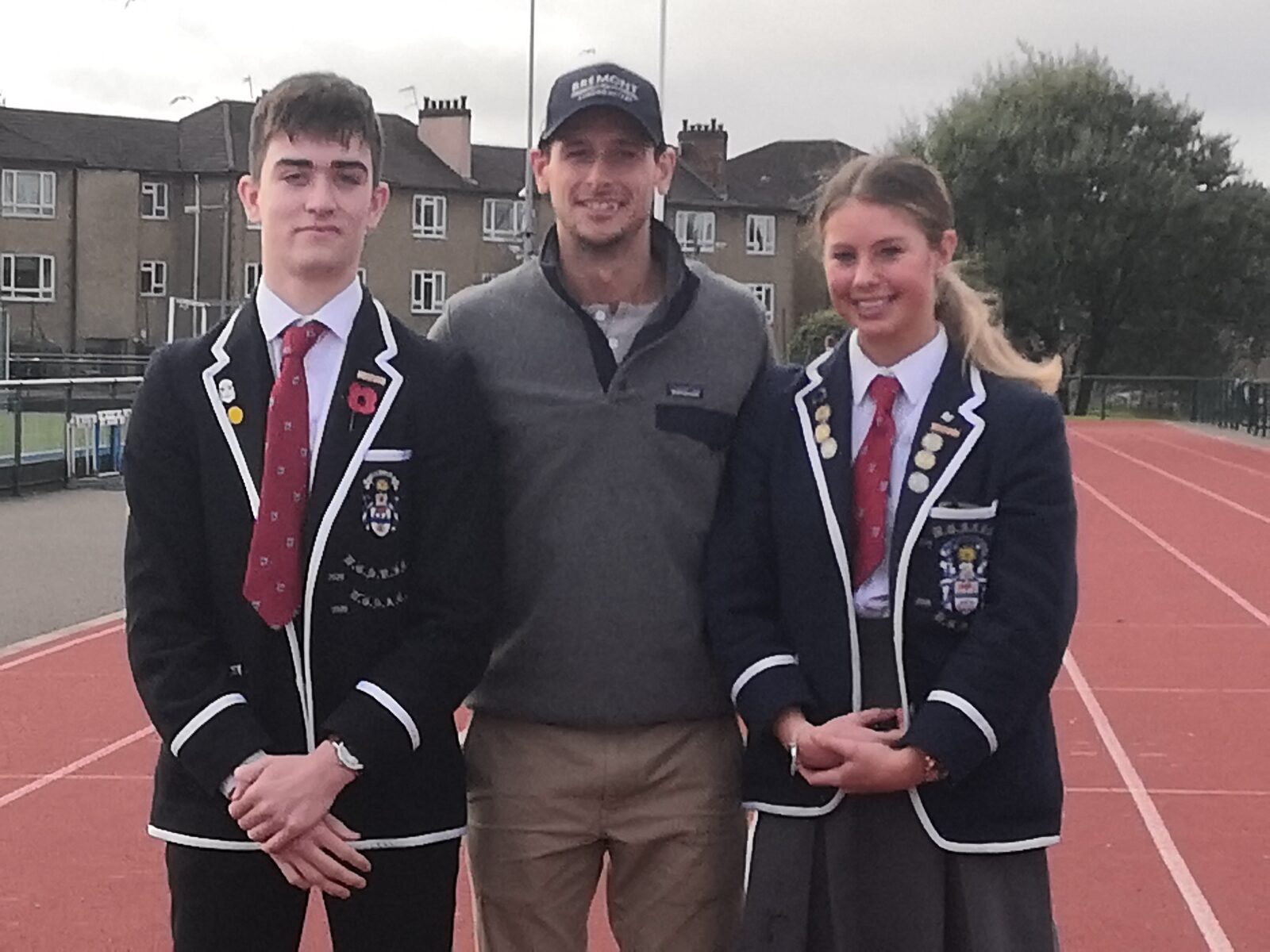 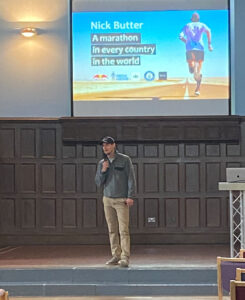 Marathon Man Nick Butter gave an inspiring talk to S6 pupils at last Friday’s Talking Points Lecture and his anecdotal tales of running a marathon in every country in the world kept his audience fully engaged.

Endurance athlete Nick is the only person in the world to have run a marathon in each of the world’s 196 countries – it took him 674 days. He ran in temperatures as hot at 50c and as cold as -20c. He faced many challenges. The trip itself took a huge amount of planning and he needed several passports to be able to access all the countries. He had a gun held to his head, a machete held to his throat, was attacked by dogs on several occasions and hit by vehicles twice. He even suffered a minor heart attack.

However, he was determined to complete his ‘mission’ and, after learning he completed the final few days of the ultimate race – the Marathon de Sables – in the Sahara Desert on crutches because he fractured a bone in his foot, his determination to always reach the finish line was clear.

His inspiration for the Marathon In Every Country challenge was a complete stranger he met while competing in the Marathon de Sables. Kevin Webber had been given just two years to live in 2014 and went on to run in extreme races around the world raising over £100K. Kevin and Nick became best friends and Nick took up his mammoth marathon challenge to raise money for Prostate Cancer UK. Kevin joined Nick in Athens for the last marathon in the challenge.

Nick, who used to work in Finance, told the pupils to follow their passion wherever it may lie. And his anecdotal stories all featured resilience and the ability to overcome adversity. 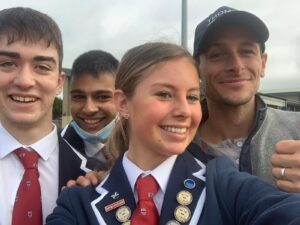